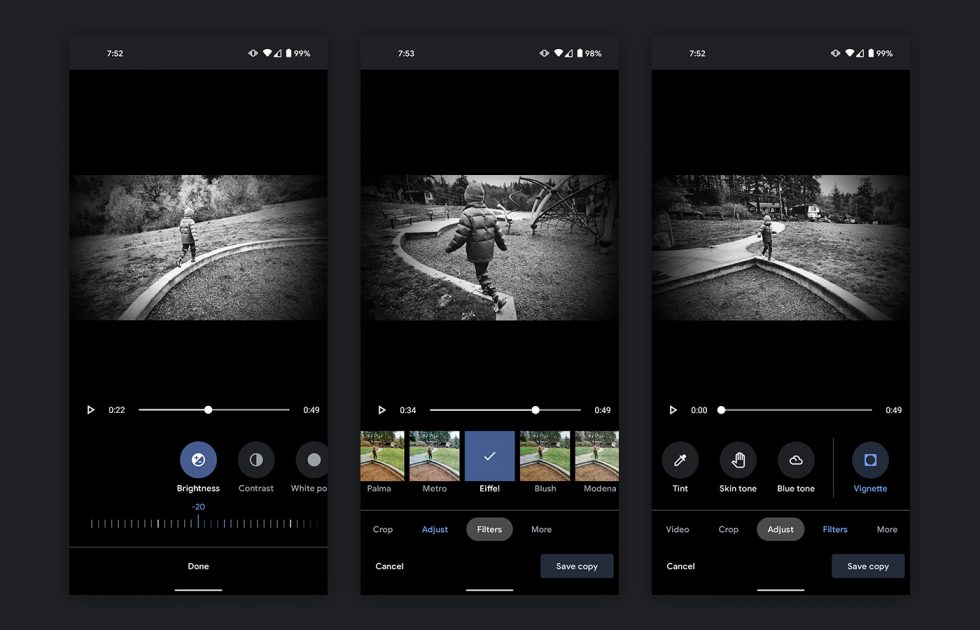 The new video editor that Google first showed us back in February is rolling out to Google Photos on Android this week. Since this is a major improvement to the video editing experience, you might want to take a look now and start playing.

When first teased, Google told us these new tools would add cropping, perspective changes, granular edits, and a bunch of filters. Now that the update has hit my phone, I can tell you that they weren’t exaggerating. The new tool suite is pretty extensive. You have expected brightness, contrast, saturation, vignette, and shadow controls, as well as skin tone and blue tone settings. You can even markup a video.

While I don’t shoot a bunch of video with my smartphone, this could get me to. Android has always needed a good video editor that’s simple yet powerful and this might be in that realm.