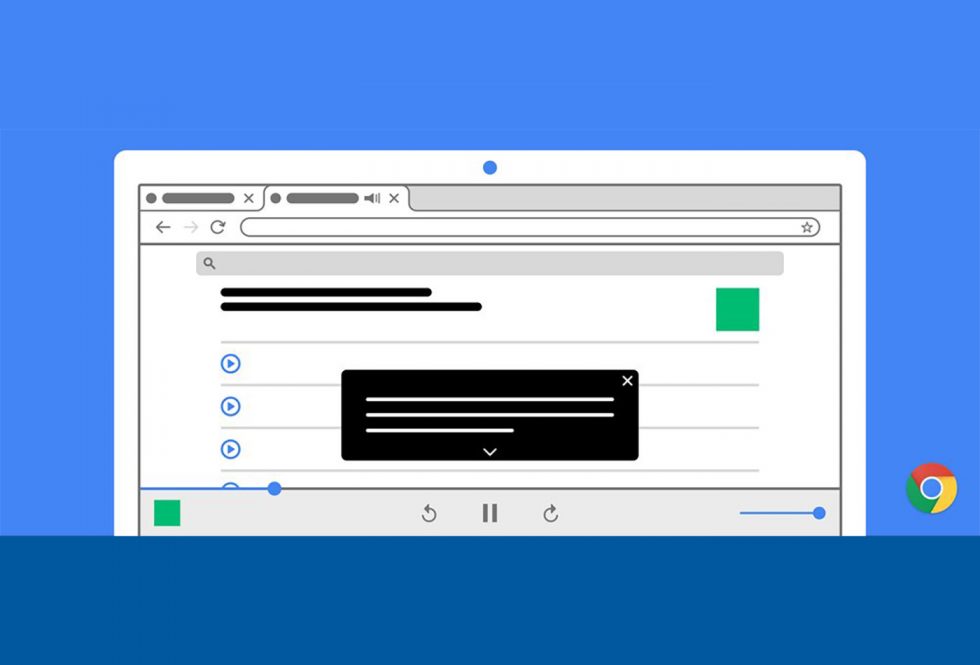 Google first introduced Live Caption to Android phones starting with the Pixel 4 and Android 10. The feature was a game-changing addition, as it brought real-time captions from any video playing on a phone from any app. It’s amazing as an accessibility option and also for those of us who keep our phones on silent 99% of the time.

Today, Google has brought Live Caption to Chrome on the desktop for Windows and Mac (Chrome OS coming soon). Now, when enabled, Chrome users can see real-time live captions as video (or audio) plays in a tab.

To enable it, you’ll open Chrome settings, tap the “Advanced” option and then “Accessibility.” From there, the top option should now be for Live Caption. Enabling it will then download the needed support files and you’ll be ready to rock.

To use it, assuming you have Live Caption enabled, you’ll simply watch a video. As long as that video has audio, a black pop-up will appear at the bottom of your Chrome tab with the live caption running. The mock-up at the top of this post shows you what to expect.

I fired it up already and can confirm that it does indeed work. It’s probably better than YouTube’s built-in caption system too.