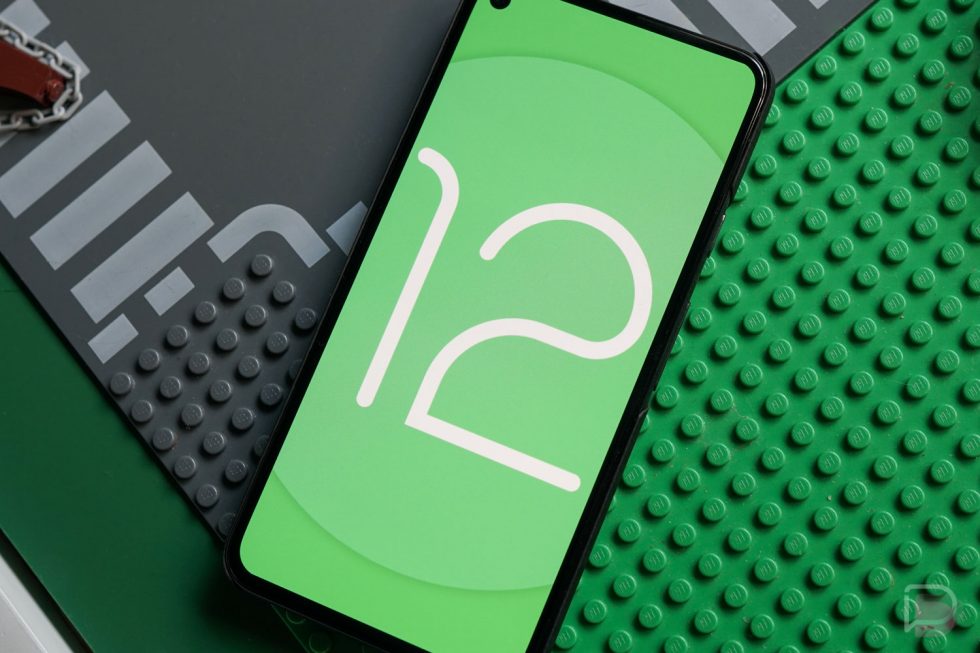 Looking for what’s new in the Android 12 Developer Preview 2 that Google just dropped? This will be our living post with all of the new forward-facing features or changes we find. As a developer preview, there may not be many or they are likely behind-the-scenes, but stick with us here as they are uncovered. 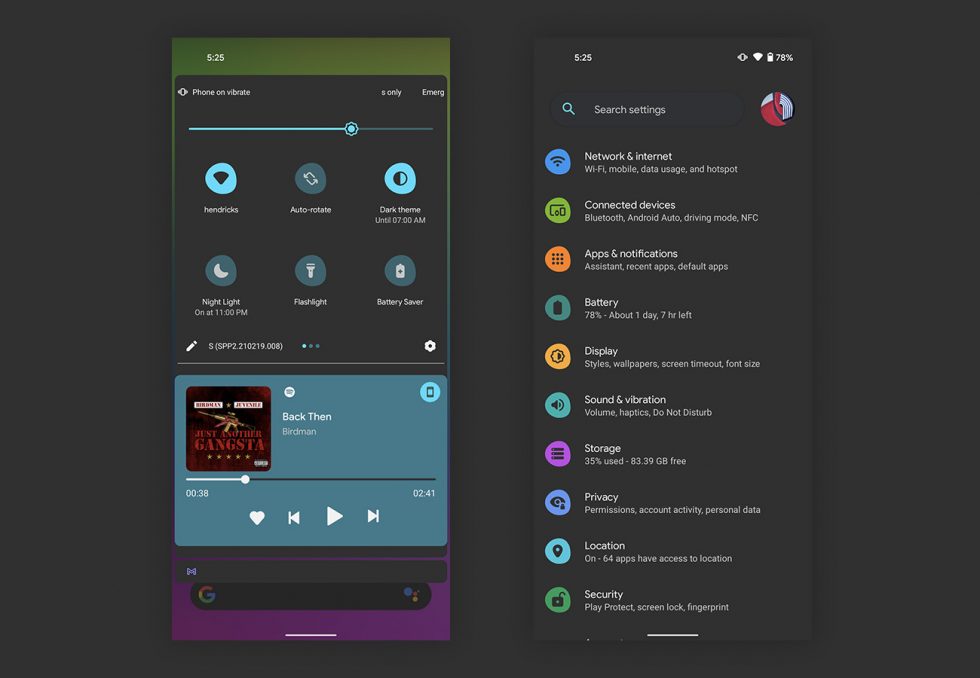 In the first preview, we showed you that Google was working on a less-black dark them for Android 12 with a lot of blue tint. For this DP2 build, they have cleaned it up further. It doesn’t look as blue to me, but the mixture of black and dark has been taken care of. As you can see above, we have a uniform dark theme now. 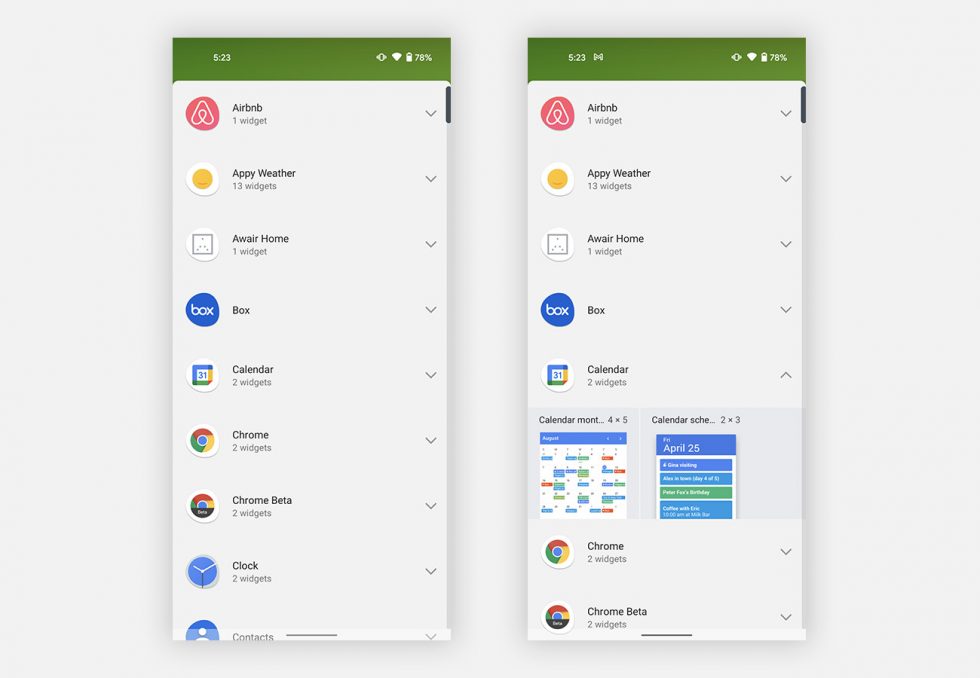 The widget picker has been updated and now has a bouncier feel to it. As you long-press on your home screen and then choose “Widgets,” the picker rises from the bottom of the screen and then gives you pop-down menus for each app that has widgets. Instead of seeing all widgets display for you like we had previously, this is a cleaner approach. This is very much in line with that original Android 12 leak too. 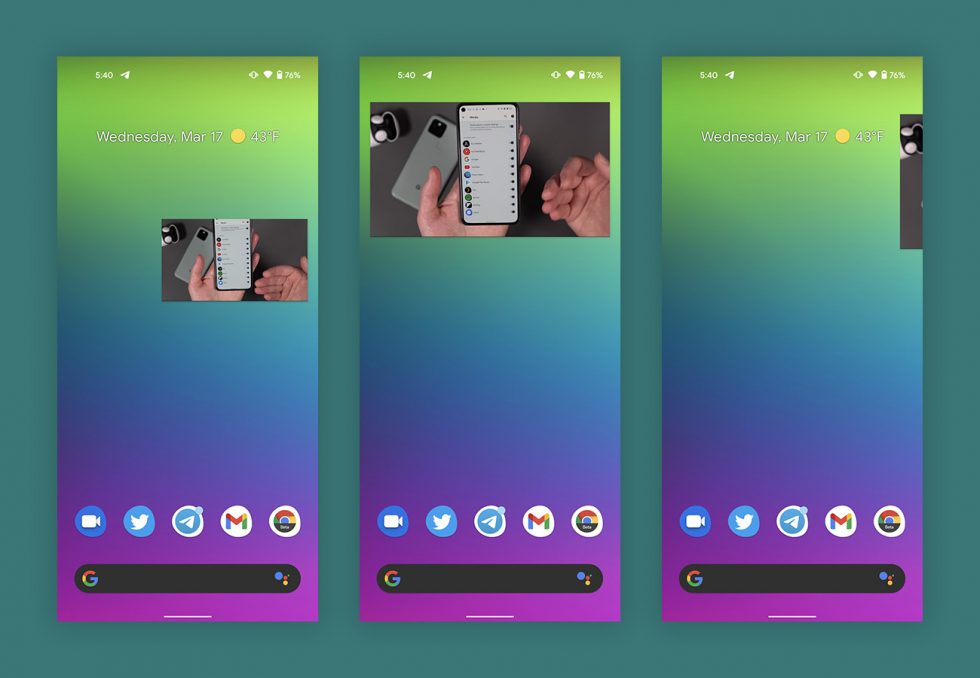 A previous Android 12 leak suggested we would be able to pinch-to-zoom on picture-in-picture (PiP) windows, double tap to expand, and stash them off to the side of the screen. That was mostly broken in DP1, but it fully works here, at least in YouTube.

XDA’s Mishaal Rahman is doing that magical thing he does where he finds all the behind-the-scenes flags and enables stuff that Google hasn’t quite made ready for prime time yet. The first he pointed out is a face-based auto-rotation. In other words, the auto-rotate would follow your face orientation and stay portrait for example if you were lying on your side, even if the phone was sideways. That make sense? 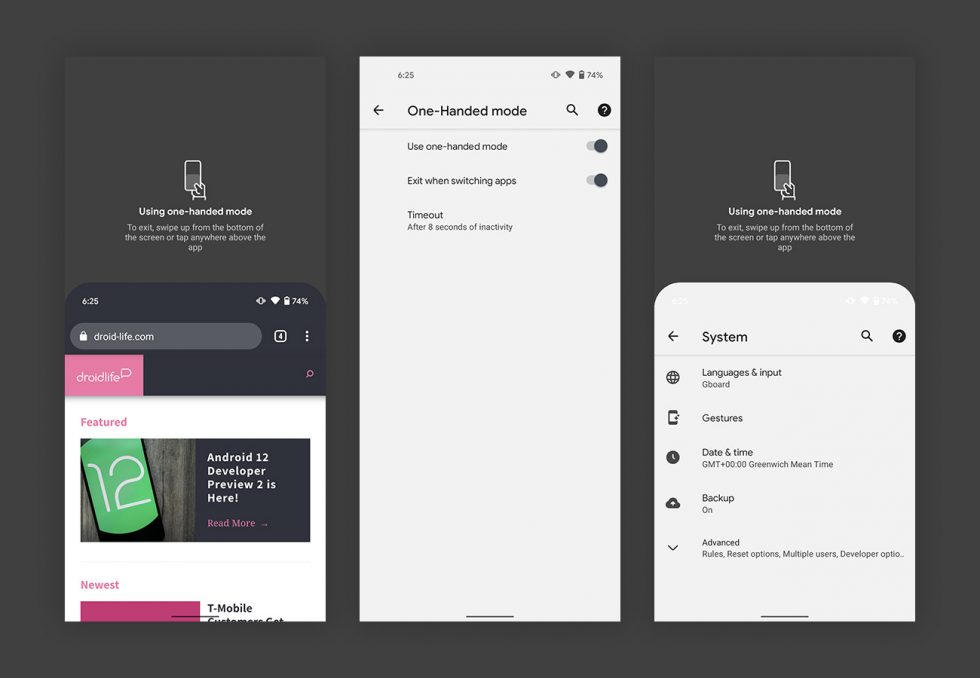 The One-Handed Mode gesture is live! If you head into Settings>System>Gestures, you should see it there, along with the still-in-the-works Double Tap gesture. Double Tap doesn’t work still, but this one does!

Once enabled, you can activate it by swiping down on the navigation gesture area. That will then pull the screen down to make it easier to access content at the top of whatever is on your screen. To get out, you simply swipe back up on the navigation area.