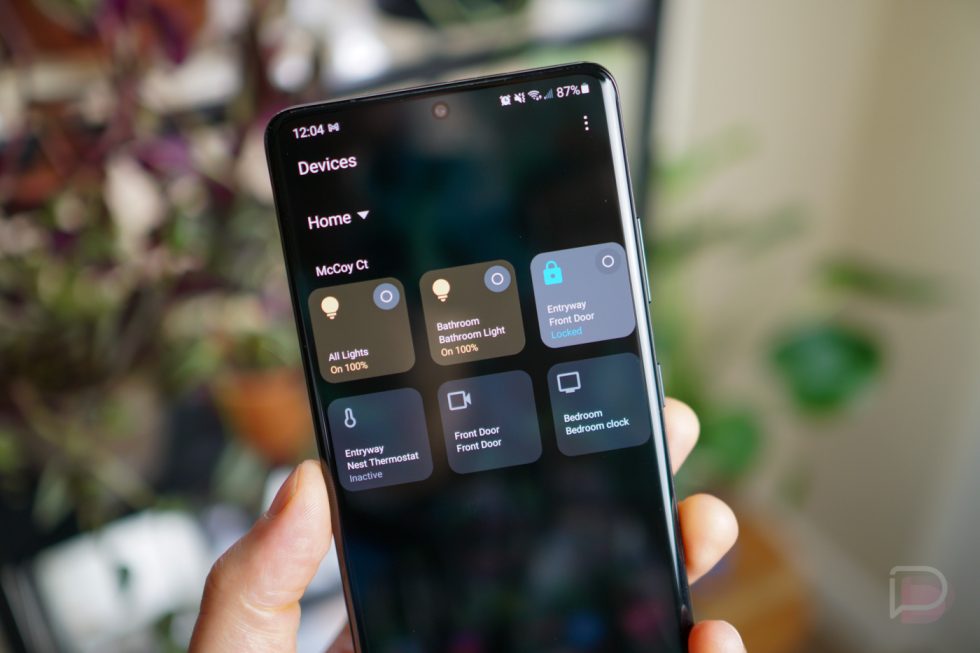 When using a Pixel device with Android 11, users can access Google’s device controls, such as controls for Nest thermostat or Nest video doorbells, directly from the power menu. What Samsung Galaxy owners are realizing, now that their devices are being updated with Android 11 (One UI 3.0), that functionality isn’t there. However, for Galaxy devices like the Galaxy S21, which run One UI 3.1 and is slightly different, those device controls are available but are somewhat hidden.

You see, like I mentioned, these device controls are typically accessible via the power menu on Android 11 devices. However, in One UI 3.1, the controls are placed in the Devices and Media menu that is incorporated into the notification pulldown. Furthermore, your Home devices are also placed in a drop down menu below Samsung’s own SmartThings controls, so it’d take a bit of accidental stumbling for anyone to come across this stuff unless they knew exactly what they were looking for.

To get these controls fired up into your UI, here’s the process: Ensure your Devices and Media buttons are enabled via the Quick Panel Layout (pull notification bar down all the way, then hit the three dots). In Quick Panel Layout, enable Show Devices and Media Buttons. From here, tap on Devices and in the drop down menu, select Home and the Google Home icon. So long as your Google Home app is operation and logged into your Google account, your controls should automatically populate.

What a freakin’ pain in the rear, Samsung. We aren’t necessarily fans of this implementation, but it’s better than nothing so I suppose we shouldn’t complain.

It seems that any device running One UI 3.1, including Samsung’s new tablet devices, has access to this functionality. We aren’t sure if Samsung intends to bring it to the rest of the Android 11-running Galaxy devices, but we do hope they do. They’re nice controls to have.