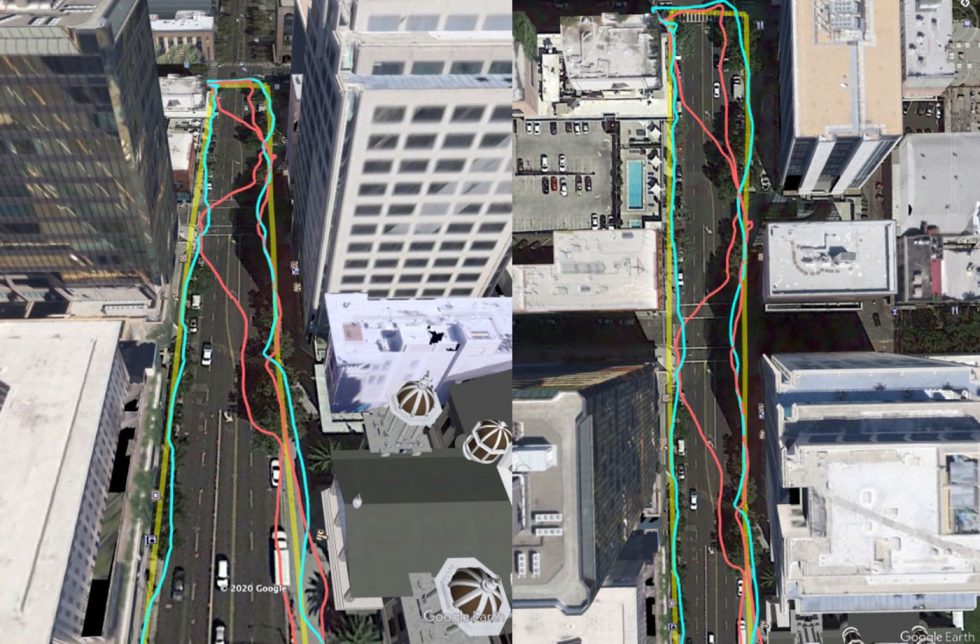 The December Pixel Feature Drop is coming today with December’s Android update, and with it owners of the Pixel 5 and Pixel 4a 5G are getting a major improvement to GPS. Thanks to Google’s crazy 3D mapping skills, they’ve found a solution to GPS location accuracy when someone is walking around in a major city, surrounded by tall buildings.

As Google explains in a post on the Android Developers Blog, GPS accuracy within a city has long-been a problem because GPS systems typically need line-of-sight to your device to pinpoint your location. With buildings blocking those lines of sight, they often put you on the wrong side of a street as you try and navigate.

That’s where 3D mapping comes in. Google is using a module within Google Play Services that takes 3D mapping and tries to correct GPS measurements around buildings within 3,850+ cities. Here’s how they explain it:

Inside the module, the 3D mapping aided corrections algorithms solve the chicken-and-egg problem, which is: if the GPS position is not in the right place, then how do you know which buildings are blocking or reflecting the signals? Having solved this problem, 3D mapping aided corrections provide a set of corrected positions to the FLP. A system API then provides this information to the GPS chip to help the chip improve the accuracy of the next GPS fix.

This new module is version 2 of 3D mapping corrections and can improve wrong-side-of-street occurrences by around 75%. On other Android phones that use version 1, they see that number at around 50%. Version 2 is scheduled to hit all available Android devices outside of the Pixel 5 and Pixel 4a 5G running Android 8 or later in early 2021.

How do you use this new version of 3D mapping? Just fire open Google Maps and navigate as a pedestrian. Your phone and Maps will recognize your situation and cache 3D models for your city to improve accuracy.