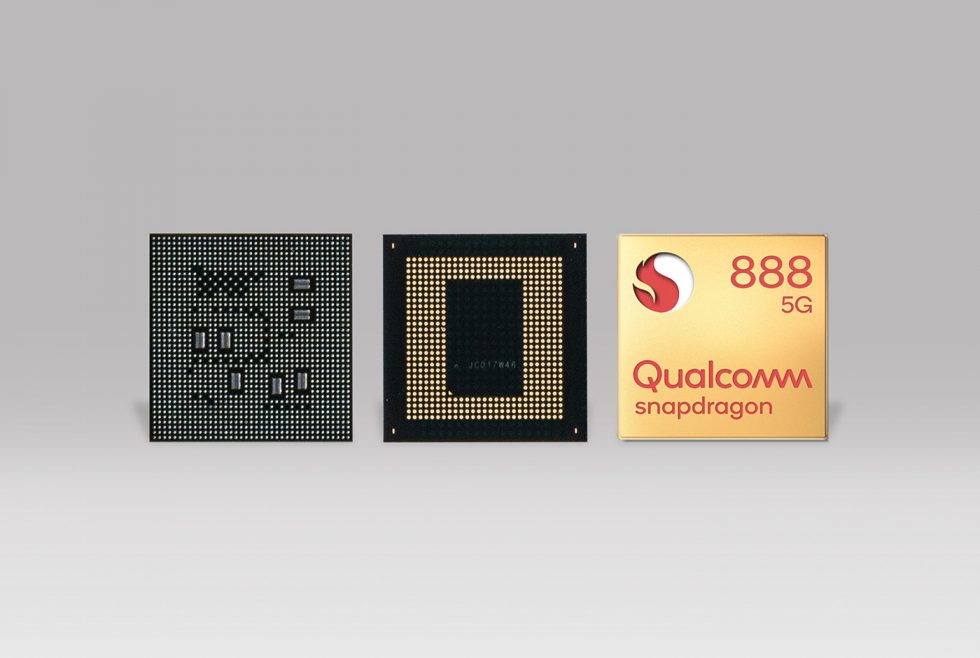 After a brief tease yesterday, Qualcomm has now fully revealed the Snapdragon 888, the chip that will likely power your next phone, assuming you plan to upgrade in 2021. Let’s run through some of the improvements.

Qualcomm is using a new CPU architecture (Kryo 680) on the Snapdragon 888 (5nm) that’s made up of a Prime CPU (arm Cortex-X1), three arm Cortex-A78 CPUs, and four arm Cortex-A55 cores. It should produce a 25% performance boost over its predecessor and be 25% more power efficient.

For graphics, we have a new Adreno 660 GPU that renders graphics 35% faster and is 20% more power efficient. Qualcomm has also found ways to increase touch responsiveness by up to 20% and provide up to a 30% performance boost in rich game environments by utilizes something called Variable Rate Shading (VRS). There’s a big focus on gaming with the Snapdragon 888, in case you couldn’t tell.

In connectivity, 5G is (obviously) a big part of the story. The 888 uses the Snapdragon X60 5G modem and is indeed integrated this year. Since the Snapdragon 865’s modem was not, we could see improvements in power efficiency (battery life) because of the change. It’ll support every single 5G and network technology available (and speeds up to 7.5Gbps), so I’m not going to list them (you can find them below). It will support WiFi 6E, though, which is new.

Finally, in cameras, Qualcomm is using its Spectra 580 ISP that features a triple image signal processor (ISP) that is 35% faster and can technically capture up to 3 streams of 4K HDR video or 3 photos up to 28MP. It can do 120 photos in a second bursts and 4K at up to 120fps, introduces a new low-light architecture for better night time shots, and supports 10-bit HDR HEIF photo capture.

The Snapdragon 888 sounds nice, guys. I just hope it’s price won’t push phones further into the $1,000 range, but won’t hold my breath. Qualcomm improved a lot of stuff and 5G is still a big work-in-progress for everyone. 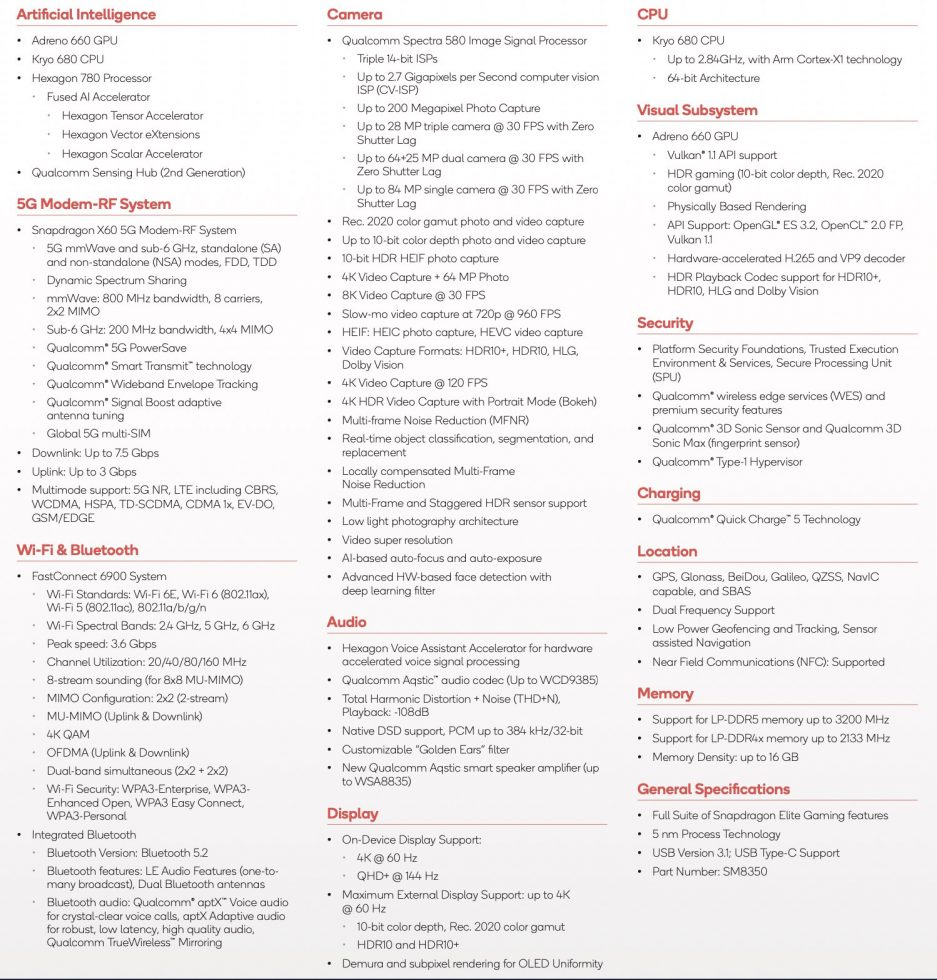