Thanks to XDA’s Mishaal Rahman on Twitter, we’re learning that Google is preparing to make available a new feature for Pixel devices, one catered to those who use their phones for cranking good tunes.

Called Adaptive Sound (no, not the same Adaptive Sound as found on Pixel Buds), this feature automatically adjusts your phone’s speaker sound quality by adapting audio to your particular environment. Using your phone’s built-in mics and testing the actual acoustics of a room, the phone can make adjustment to provide a better tone. 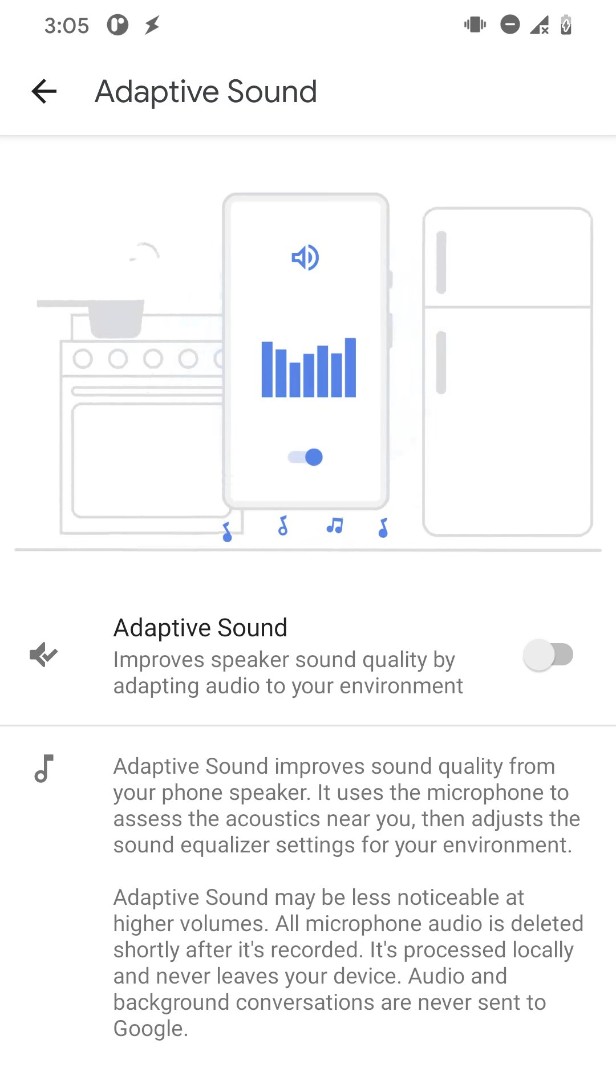 According to another Twitter user who responded to Mishaal, a listing on Amazon for the Pixel 5 highlighted this feature, but as we all know, it didn’t launch with the phone. Hey, better late than never.

Furthermore, it’s reported that Google intends to combine its Now Playing song recognition feature with its Live Caption feature, the software that automatically places captions on your phone’s display from audio that’s coming from your phone. Specifically, once the combo is made official, Live Caption would be able to display the song name and artist, instead of displaying [MUSIC] in a text box.