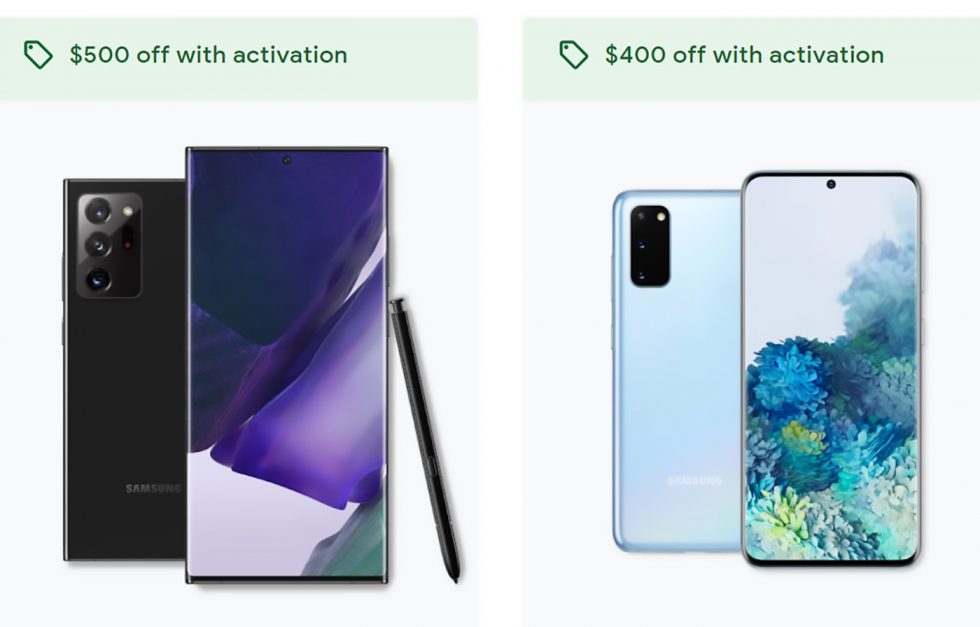 Carriers are firing up the early Black Friday deals just like retailers have, and that means big discounts today rather than later in the week. Google Fi Black Friday deals standout because Google is offering pretty significant price drops on Samsung’s best phones, as well as on their own Pixel 4a 5G.

The terms for each say current and new Google Fi customers get $400 or $500 off today for these phones, that you have to activate them on Google Fi within 30 days, and that you must then remain a Fi customer with the phone for 90 days. That’s pretty good, right?

For the Pixel 4a 5G, Google is still taking off $200 like they were last week.