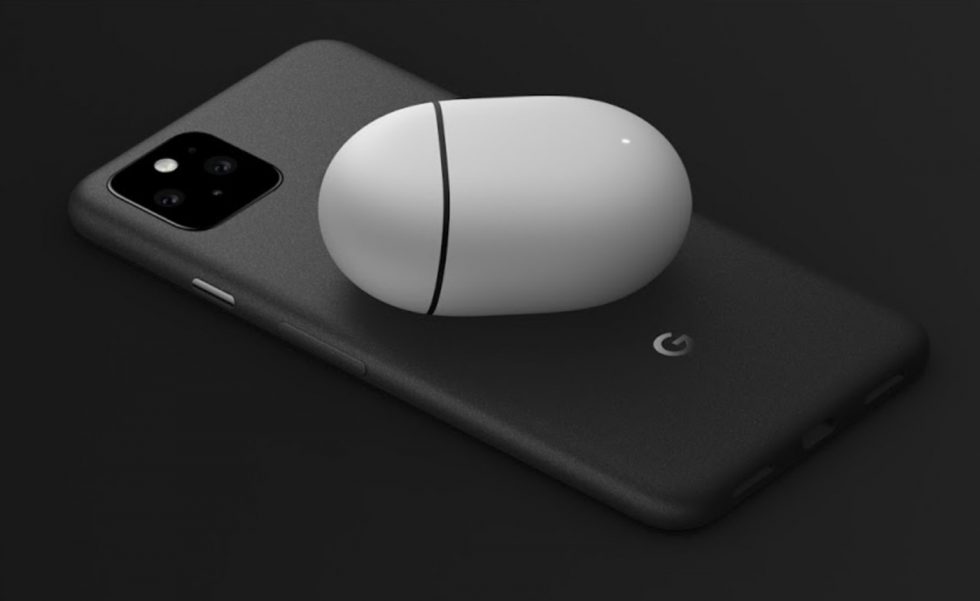 The Google event from earlier is done and over with, and after reading through everything I can find, I’ve been trying my hardest to figure out what in the hell Google is doing with this Pixel 5 and Pixel 4a 5G launch. Making sense of the pricing, availability, the carrier situation, and network support has not been easy. Since this is such a mess, let me do my best to explain.

Google announced the Pixel 5 with 128GB of storage and colorways of Sorta Sage and Just Black at a price of $699. Those are the few constants here that we can report back, because when we start talking dates, as well as when and where you can buy one, things get weird.

On October 15, the Pixel 5 will be available in 8 countries (Australia, Canada, France, Germany, Ireland, Japan, Taiwan, United Kingdom), none of which are the US. The US, even as the device is up for pre-order now, won’t arrive until October 29.

As of today, you can pre-order the device unlocked on the Google Store or through Verizon and Google Fi. AT&T has also said they will carry the Pixel 5, but not until the “fall.” T-Mobile, at least so far, has no plans to sell the Pixel 5.

The Pixel 4a 5G was announced in Just Black with 128GB storage and at a starting price of $499. During its unveiling, Google also showed off a white model that Verizon will carry at a price of $599. Why the $100 price increase? Probably because it has 5G mmW support.

The Pixel 4a 5G launch is kind of a mystery, depending on where you look. For example, Google is only showing a waitlist for more info on their own store, but Verizon has already said they are taking pre-orders for it on October 29 and plan to ship it by November 19. Our guess is that Google will do the same in these countries: Australia, Canada, France, Germany, Ireland, Taiwan, United Kingdom, and United States. Google also plans to ship the Pixel 4a 5G on October 15 in Japan.

As far as carriers go, we just told you about Verizon, but AT&T and T-Mobile have also committed to selling the Pixel 4a 5G. Neither AT&T or T-Mobile would confirm pricing or when they plan to sell it, outside of AT&T saying this “fall.” Google Fi only has it listed as “coming soon.”

Verizon is the only seller of the Pixel 4a 5G to tease the white version of the phone and may have an exclusive on it. Google does mention the white version as an option on the Google Store, but Google Fi does not.

Google, because mmW is a thing that is unnecessarily pushed in the US, created two models of the Pixel 5 and Pixel 4a 5G, one with and another without 5G mmW support. What’s interesting about that move is the fact that the Google Store appears to only sell the Pixel 5 model with 5G mmW, but they’ll let you choose between the two different Pixel 4a 5G versions. In other words, the only Pixel 5 model in the US is the one with 5G mmW, while you may have choices with the 4a 5G.

Now, depending on which you buy will change the type of connectivity you get over 5G. Thankfully, Google put together another handy chart to help us there, although there appears to be an error in the model numbers they list for the 5G mmW version of the Pixel 4a 5G. That should read G6QU3 for the Pixel 4a 5G on Verizon in the US. 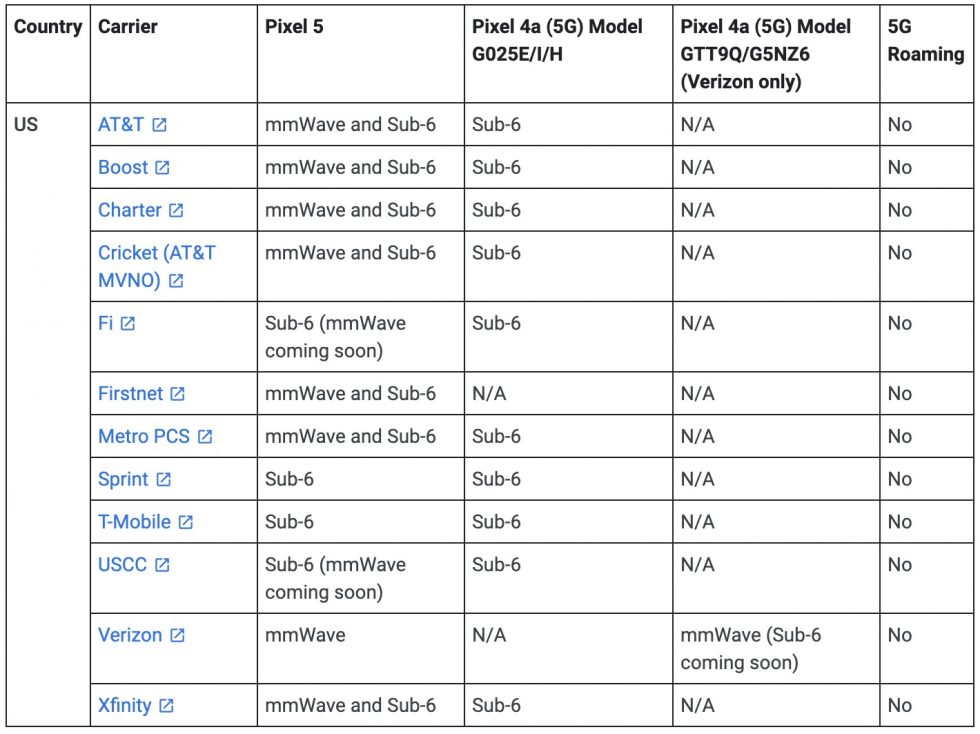 To break that down, Google is saying that if you buy the Pixel 5 in the US, it will work on 5G mmW and sub-6 wherever supported, just not with T-Mobile’s super limited 5G mmW. If you buy the Pixel 4a 5G, the $499 model will support sub-6 5G everywhere, while the $599 Verizon version will also have 5G mmW support.