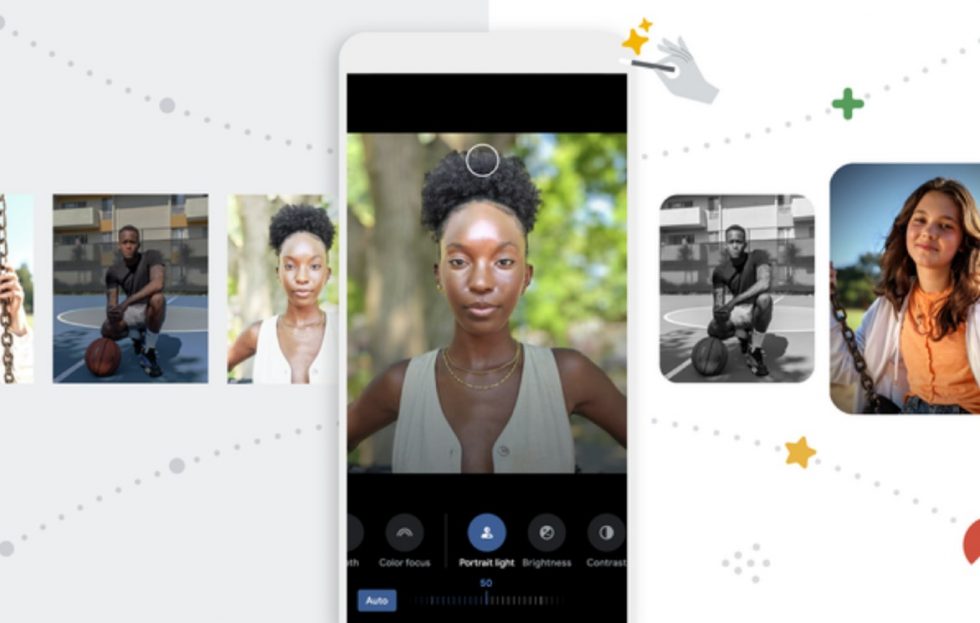 In late August, it was leaked that Google was working on a new UI for the photo editor inside of Google Photos. Today, Google made the changes official, with rollout scheduled to start happening today!

As for what’s new, Google has added a new tab right in the editor that uses machine learning to give users suggestions that are catered to the specific photo that’s being edited. Those suggestions will hopefully lead to great results with just a single tap, with changes for brightness, contrast, and portrait effects being added intelligently.

Google also announced Portrait Light, a brand new editing feature coming to the Pixel 4a 5G and Pixel 5. This feature uses machine learning to improve the lighting on faces in portraits. With it, users can adjust the light position and brightness post-capture through the Google Photos app, which can be incredibly dope. Google says you’ll be able to add Portrait Light to regular photos not captured in Portrait mode — whether it’s a photo you just took or an important picture from the past.

This general update is rolling out starting today, with Portrait Light available for the 4a 5G and Pixel 5 when they arrive.