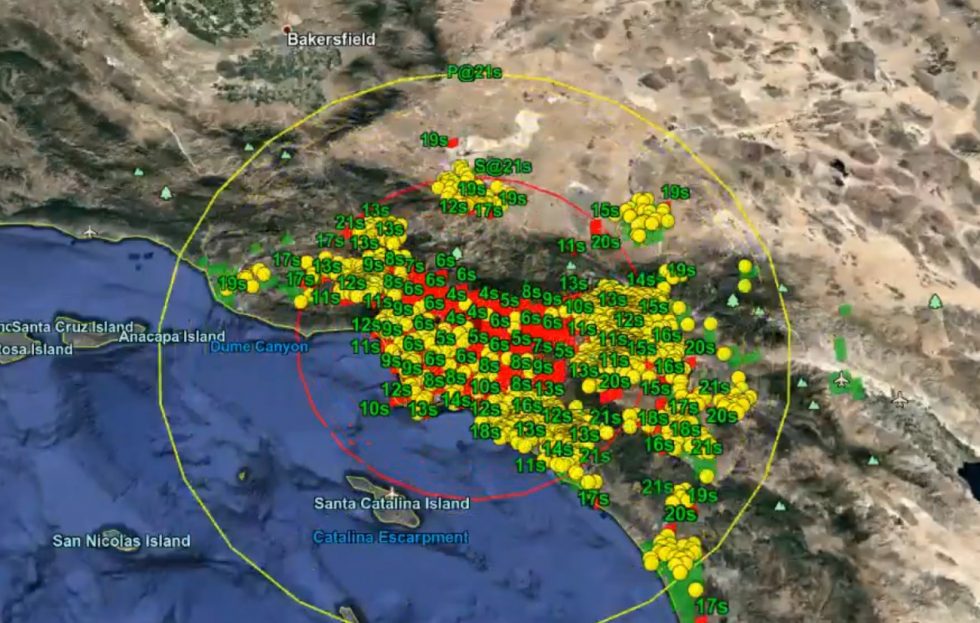 This past August, Google announced an earthquake alert system for Android devices in select parts of California. This was great news because if you’re from California, you’ll know residents of that state have been waiting on The Big One for some time now, and in fact, they’re quite overdue. Powered with ShakeAlert and a phone’s seismometer, your Android phone can give you a few seconds head start on the next earthquake, which could be enough time to get yourself to safety.

Over the weekend, Googler Dave Burke shared a video of data taken from this system and it’s quite mesmerizing.

As we can see in the below video, flashes of alerts scatter across Los Angeles and spread out, which is followed by two circles, one yellow (representing P waves, P for Primary) and one red (for S waves, S for Secondary). The earthquake ended up being a magnitude 4.5, which is no minor shake, but also shouldn’t be too alarming for any seasoned California resident.

Check out the video below and appreciate the tech that’s being implemented here. The hope is that features such as this can save lives. We’re all for it.