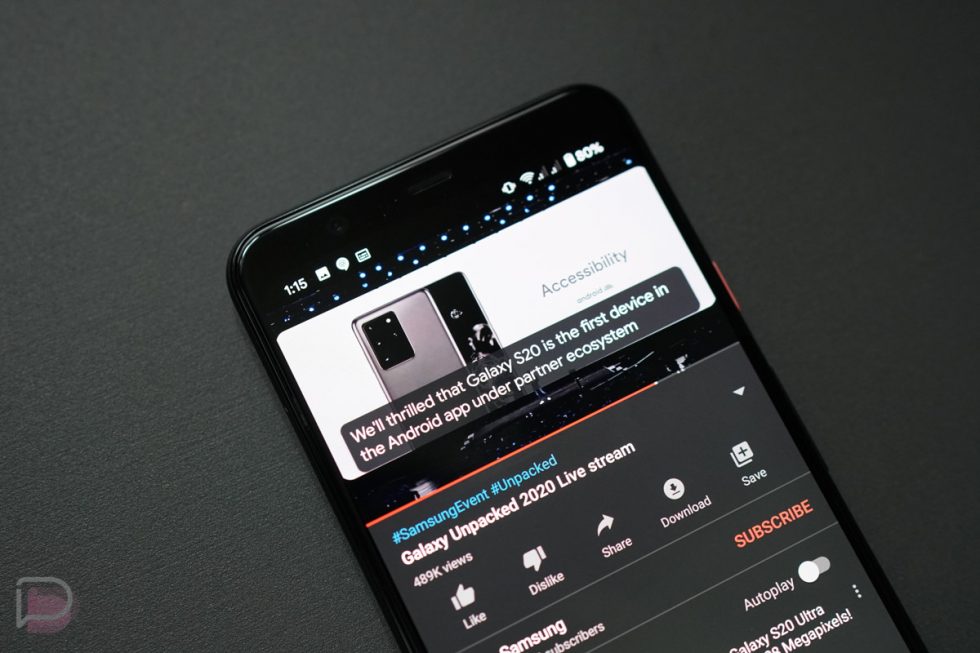 Samsung device owners receiving the One UI 2.5 update, the same software that shipped with the Galaxy Note 20, are noticing that following the update their phones feature Live Caption.

For those not following every little thing Google has done lately, Live Caption is a feature that allows people to have their phone instantly display written text from audio that comes from the device. Think of it like closed captioning on your TV, but it’s not limited to a single app. It’s on the whole phone.

This particular One UI 2.5 update is headed to quite a few Samsung devices. According to Samsung, you can expect to see it if you have a Galaxy S20, Note 10 or Galaxy S10 device, as well as Lite variants of those phones.