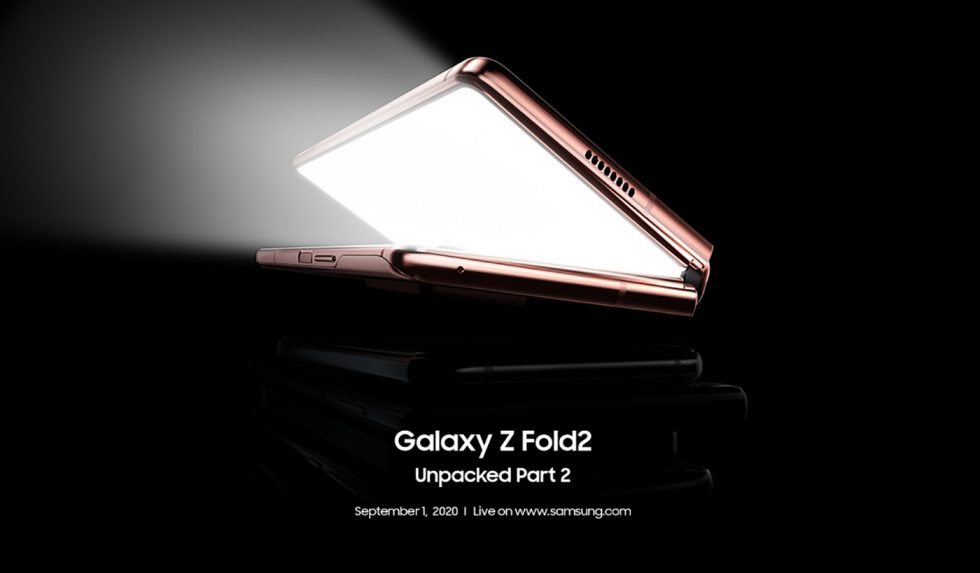 We already knew that Samsung would show off the Galaxy Z Fold 2 in greater detail on September 1, but now the company has made it an official Unpacked event.  Apparently – and I don’t disagree – the Z Fold 2 is such a big deal, that it deserves its own event after already showing up at another device’s. What a legend.

The event on September 1 will kick off at 10AM Eastern (7AM Pacific). It’ll be streamed, we’ll explore “all the features,” and then wonder which junk around our houses we can sell to try and afford one. If anything, we have got to pray that Samsung overbloats trade-in values to help us knock the expected astronomical price down a few hundred dollars.

With a larger 6.2″ cover display, high 120Hz refresh rate 7.6″ internal display, Snapdragon 865+, and all the RAM and storage, this phone will be a beast. It might not be for everyone, but I can tell you it’s the phone I’ve been waiting all year for. The original Galaxy Fold had its issues, yet I loved that thing. With the polish we’re expecting here, the Z Fold 2 is going to be so, so good.

We’ll post up links the minute we have them for the stream in a couple of days.