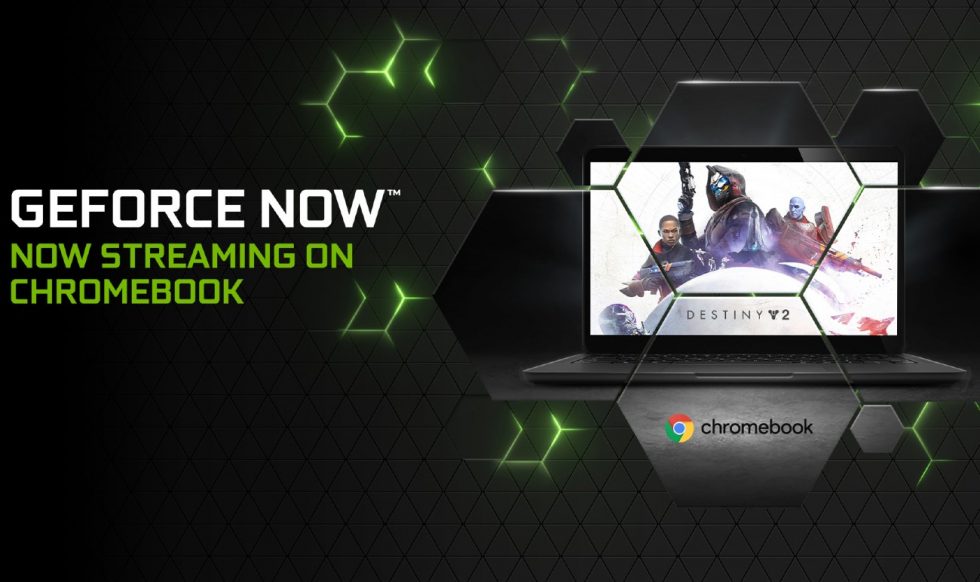 NVIDIA is launching its GeForce NOW cloud gaming service onto Chrome OS devices today in beta, with the minimum specs required to run titles from a remote server not all that high. According to NVIDIA, a Chromebook priced at about $300+ should be able to handle a streamed gaming experience just fine, which means a whole lot of people just had their lackluster Chrome OS laptops turned into GeForce-powered gaming rigs.

If you need a refresh on GeForce NOW (GFN), think of it like Google’s Stadia, but instead of being locked into Google’s gaming market, GFN supports purchased games from three major online gaming stores. Those stores are Steam, Epic Games Store, and Ubisoft’s Uplay. What this means is that there is a much larger list of playable titles via GFN than there currently is on Stadia, and for gamers, that’s obviously a good thing.

If you already own a Chromebook, getting started with GeForce NOW couldn’t be easier, as there’s nothing to download. NVIDIA has a new website for Chrome OS (strictly for Chromebook devices, URL doesn’t work for anything else) where users will head to, log into their accounts, and then get to playing. All NVIDIA recommends you bring with you is a mouse to plug into your Chromebook. It’s really that simple.

Along with this news, NVIDIA also announced that soon, it will offer Ansel to GFN users. Ansel is the company’s in-game camera feature that lets gamers capture professional-grade screenshots. It will be available for first to PC and Mac users.

Chromebook peeps, if you’re ready to game, follow the link below. If you have an account, just sign in. If you don’t have an account, signing up is easy. For those who want the full experience, NVIDIA currently has a nice pricing promotion going on, but there’s also a free tier.