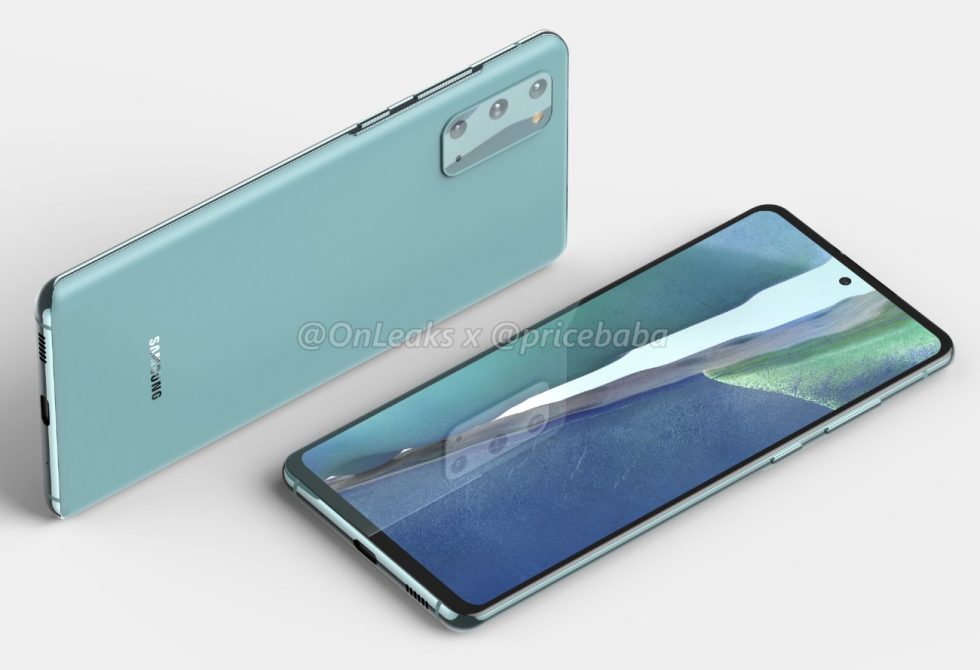 A new device from Samsung is being shown off via 3rd-party renders this week, being the Galaxy S20 FE or “Fan Edition.” Expected to be priced somewhat competitively at around $750 in the US, the device takes many of the Galaxy S20 line’s best features, but reworks others to create a more affordable smartphone.

For specs, it’s expected that the Galaxy S20 FE features a flat display with a size of between 6.4 and 6.5-inches, Snapdragon 865 processor, 6GB+ RAM, up to 512GB storage (that option would come with 8GB RAM), IP68 rating, as well as a tweaked triple rear camera system on the backside. Unlike the Galaxy S20 lineup, this Fan Edition would feature a 12-megapixel main sensor, 12-megapixel ultra-wide camera, plus an 8-megapixel telephoto lens with 3x optical zoom.

One main highlight of the phone, even with its less expensive price tag, is reported to be Samsung’s inclusion of 120Hz refresh rate for the flat display, which intrigues the heck out of us. For software, it’s expected that this device will launch with One UI 2.5 (same as the Galaxy Note 20) atop Android 10.

The phone is reported to launch sometime around October. No official has come from Samsung regarding this phone or a US launch, but we’ll keep you posted.