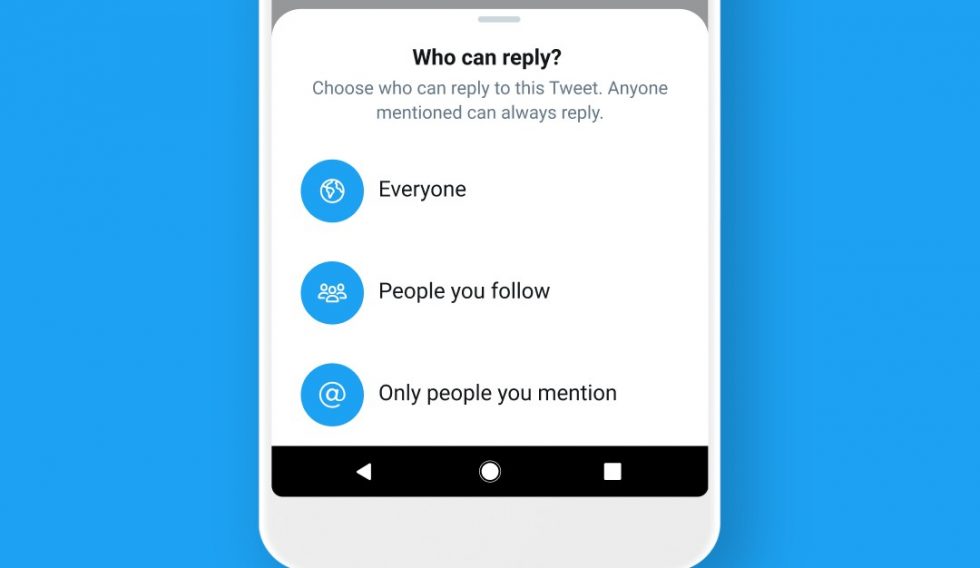 Back in May, Twitter announced a new feature that would allow users to limit who can reply to their tweets. We’ve been sorta waiting for that feature to manifest, and according to Twitter, today’s the day.

The feature works just as you’d expect. Before sending off a tweet, you’ll choose who can reply: Everyone, people you follow, or just only people you mention. This will limit unwanted replies on your tweets.

Before you Tweet, choose who can reply with three options: 1) everyone (standard Twitter, and the default setting), 2) only people you follow, or 3) only people you mention. Tweets with the latter two settings will be labeled and the reply icon will be grayed out for people who can’t reply. People who can’t reply will still be able to view, Retweet, Retweet with Comment, share, and like these Tweets.