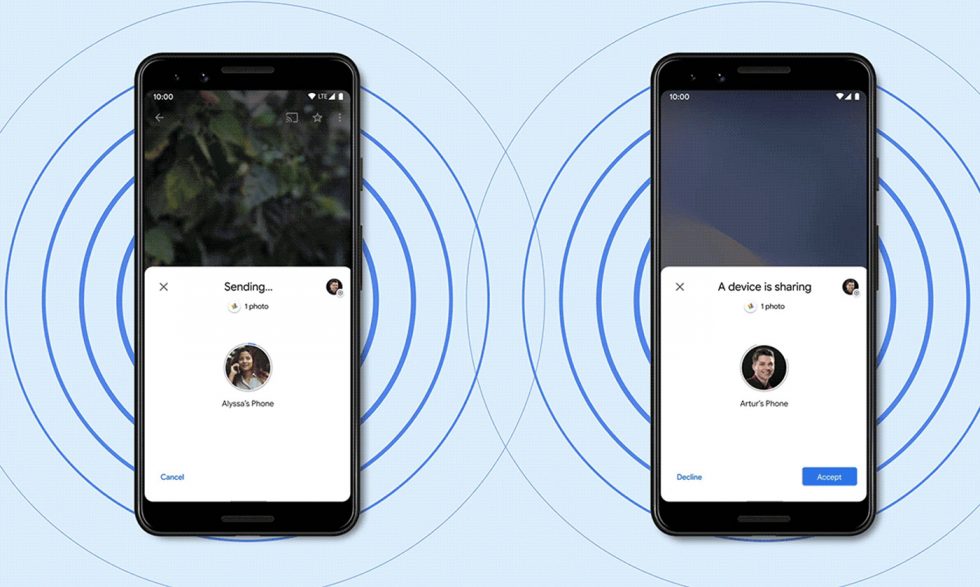 Sharing files between devices on Android hasn’t ever been an easy-to-accomplish task. We had that NFC-tapping Beam thing at one point, but mostly the process has involved sharing through services or sharing links or needing 3rd party apps, that sort of thing. Today, Google is hoping to jumpstart a simpler way with Nearby Share.

Android’s Nearby Share isn’t completely new, it’s just that Google is telling us that the feature is now out of beta and ready for many more users to start using it. Starting today, Nearby Share is rolling out to a bunch of Google Pixel and Samsung users with phones running Android 6.0+. Over the coming weeks, other Google partners will receive access.

Not familiar with Nearby Share? It’s a bit like Apple’s AirDrop in that it establishes direct connections between devices to help you easily share files, photos, links, etc. over Bluetooth, Bluetooth Low Energy, WebRTC, or peer-to-peer WiFi. It works whether you are online or offline, encrypts the connection, and gives users control over whether or not nearby people can see them as a share point. 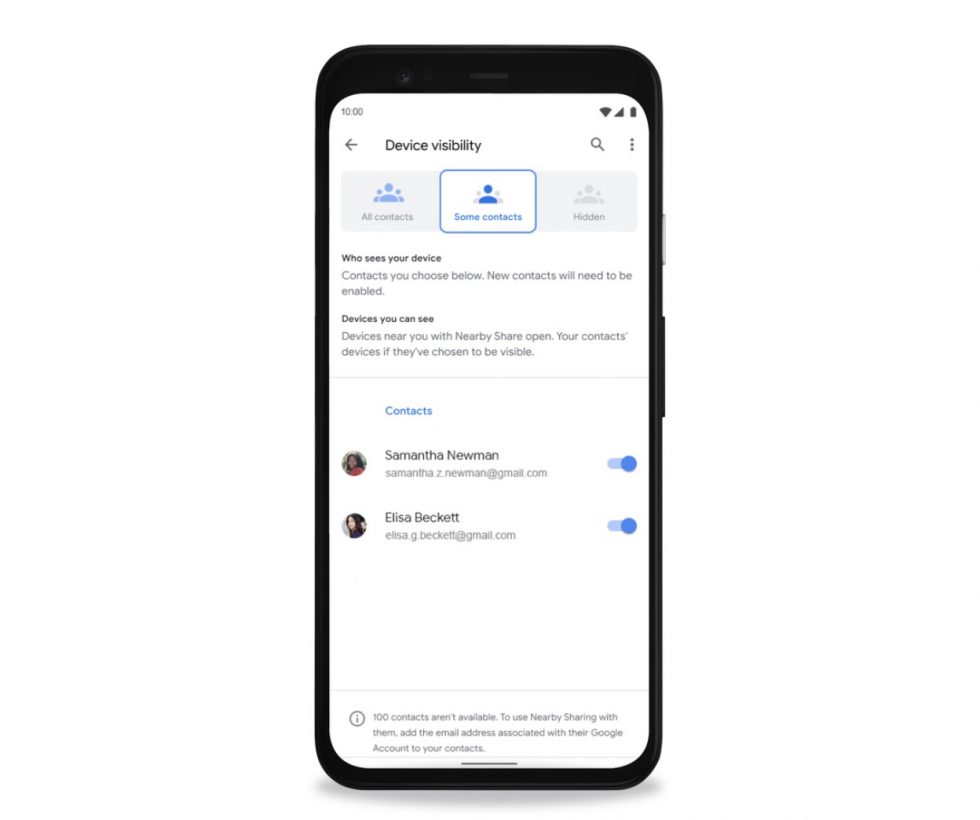 To use it, you’ll hit the share button within an app you are using just like you would if you were going to share to Gmail or a messaging app, then look for a new “Nearby” logo that will start the process. If devices are available (they need to be somewhat close together), those will pop-up and let you tap them to quickly share.

Again, Google is supposedly only letting Samsung and Pixel users in at this time with others coming soon. Additionally, Google is working on giving Chromebooks access to Nearby Share, so you can send and receive files between Chromebooks and Android devices. The timeline for that to happen is labeled as “coming months.”

You can tryout Nearby Share today just by sharing something and looking for that new Nearby logo. For Nearby Share settings, open up your system settings and do a search for it to start tweaking your visibility.