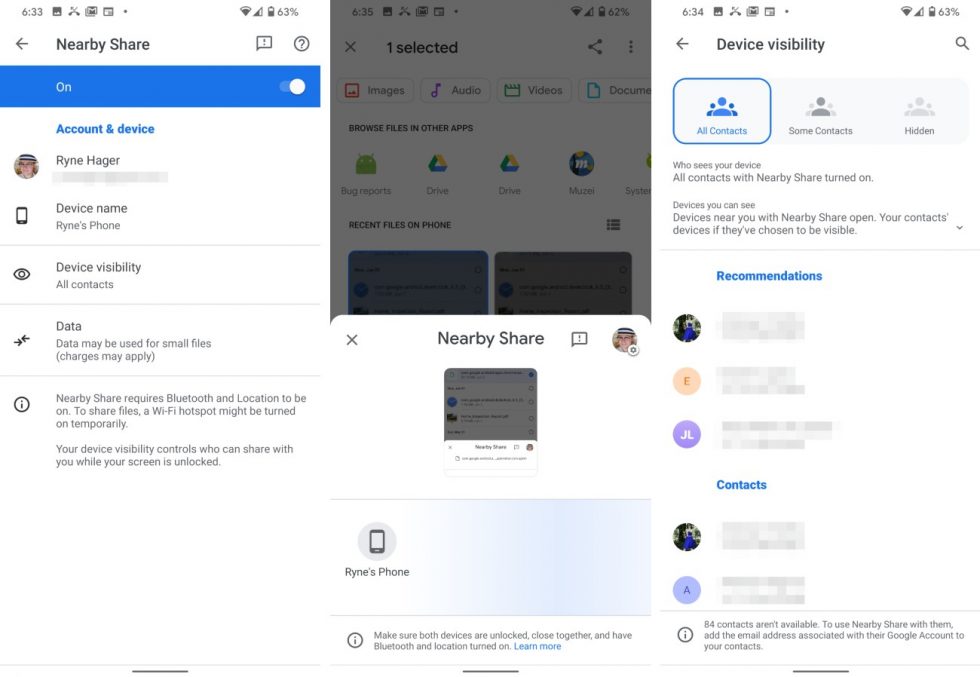 We’ve been discussing Google’s Nearby Sharing function for Android, similar to Apple’s AirDrop, since this past January. Well, it appears the feature is actually rolling out to select people enrolled in the Play Services beta, which is fantastic news.

The feature allows you to quickly share items on your phone with another user around you, just like AirDrop. According to Android Police who went hands-on with the feature, it’s a pretty easy thing to use. Once enabled, it starts looking for other devices to share things with. Once located, you can share all sorts of file types. There are settings to play with in for device discovery, your own device’s visibility, and plenty else.

As stated, even those enrolled in the beta for Google Play Services may not see this feature available. It’s pretty limited, but it’s coming for us all, so that’s great news.

We’ll let you know when it starts rolling out to more folk.