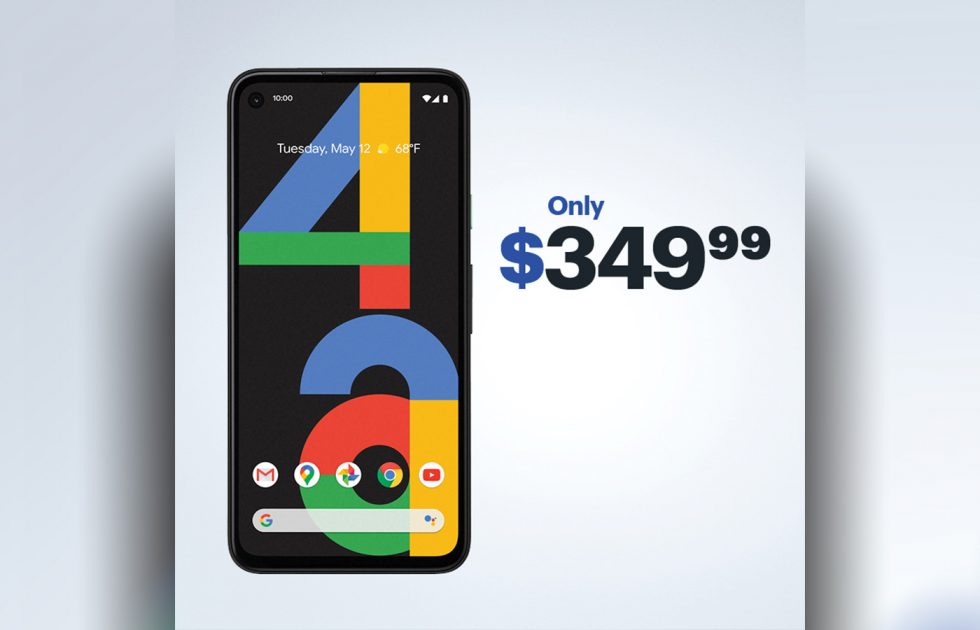 This is getting awkward now…

Best Buy just confirmed that the Google Pixel 4a goes up for pre-order today and will cost just $349. They seem to have Tweeted this a bit early as the landing page they direct you to isn’t quite live. 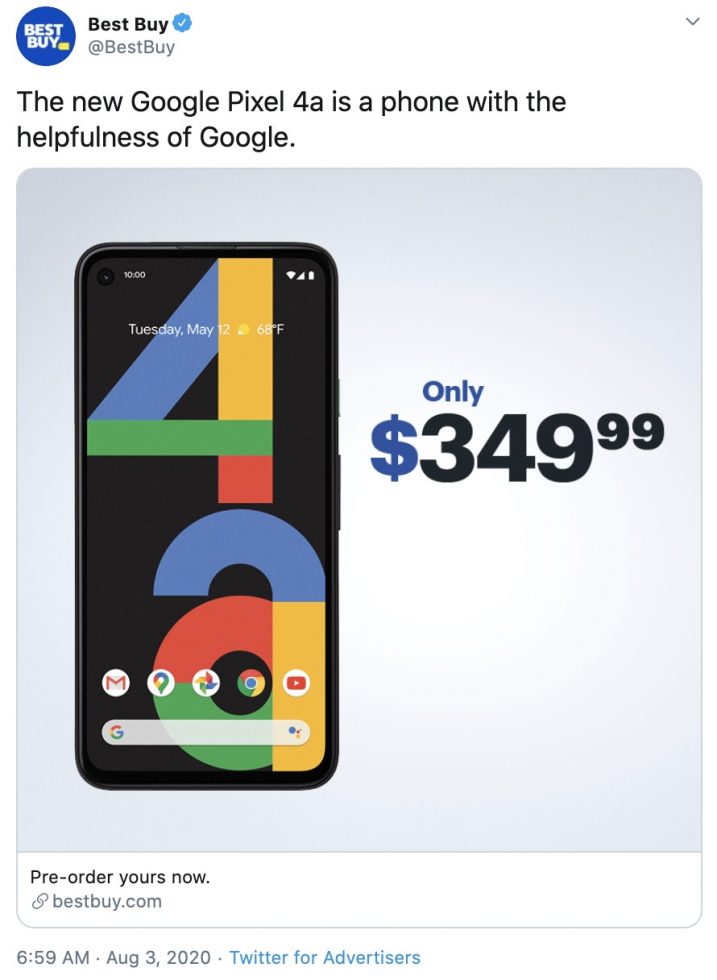 UPDATE: Pre-orders are up at Amazon! We’re only seeing a bundle with the Pixel 4a and a case for $389, but it shows a shipping date of August 20. The phone by itself should be up shortly.

Amazon has confirmed 128GB storage, 24-hour battery life, the Just Black color, 12MP camera, and connectivity on all major US carriers (Verizon, T-Mobile, Sprint, and AT&T). Google will make its famous fabric cases available with the 4a in colors of Basically Black, Blue Confetti, and Static Grey.

Pre-order Pixel 4a at Amazon 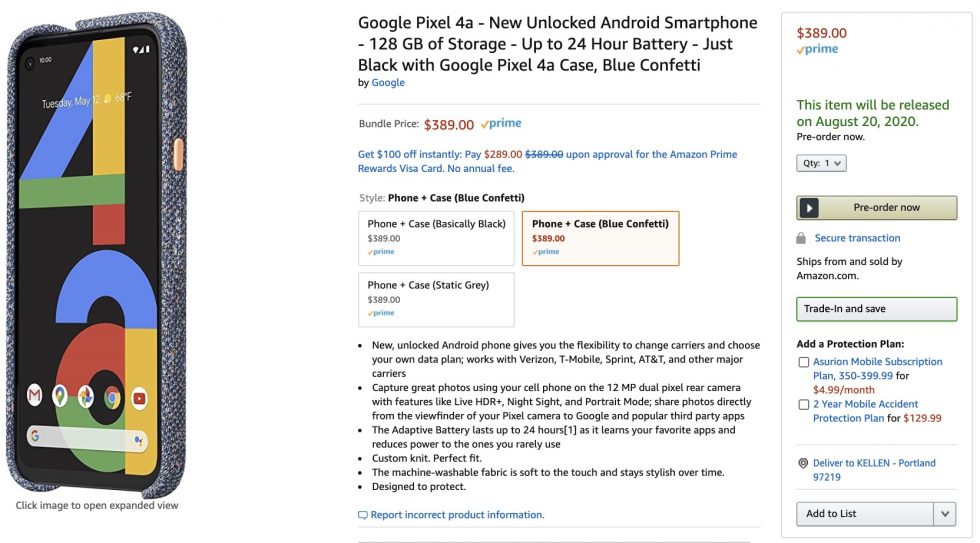