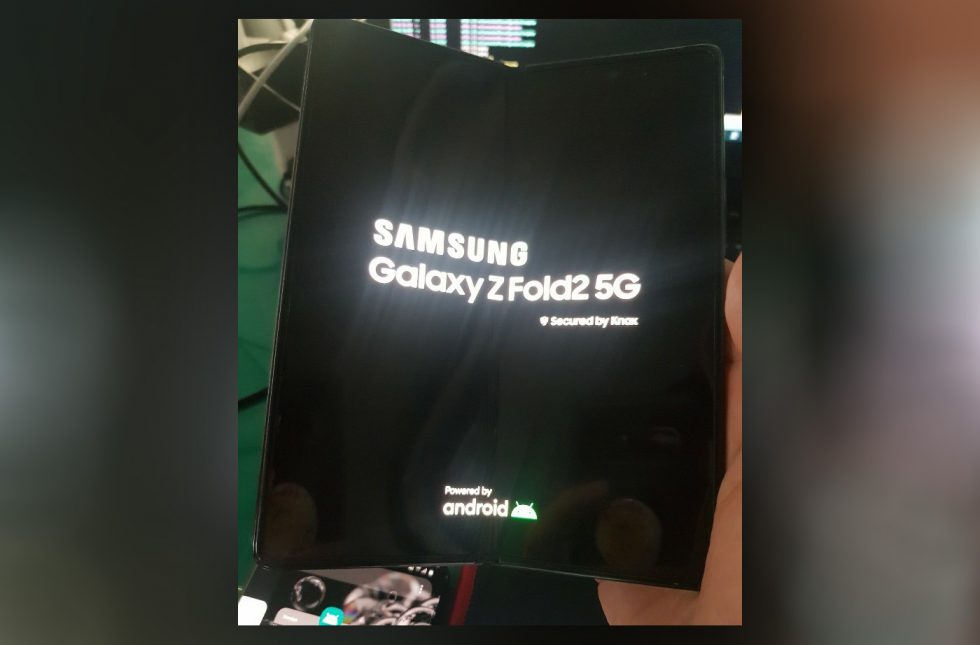 The Samsung Galaxy Z Fold 2 is the final piece of the upcoming Unpacked puzzle that has not been fully revealed. That could because they’ll only tease the device at the event and sell it further down the road, so most of the info for it isn’t ready, or maybe it’ll be outed tomorrow. I don’t know. What I do know is that the first potential picture of it showed up tonight.

An image shared tonight on Twitter shows a device with a boot screen that says as bright as day, “Samsung Galaxy Z Fold 2 5G.” The device does indeed resemble the original Galaxy Fold, but if you enhance the top right portion of the its display, you can see that the massive camera area from that original is gone. That area has been replaced by a single and centered hole-punch camera, just like was previously rumored.

The rest of this opened portion of the phone looks about how we expect it too. You can see where the border runs around each edge and then stops at the fold, so that the phone can, you know, fold. I’d imagine the hinge system will be similar in this to the original, we’ll just get a better inside display (seen here), bigger cover display, and hopefully a more durable overall package.

Someone give me one now. I need this.