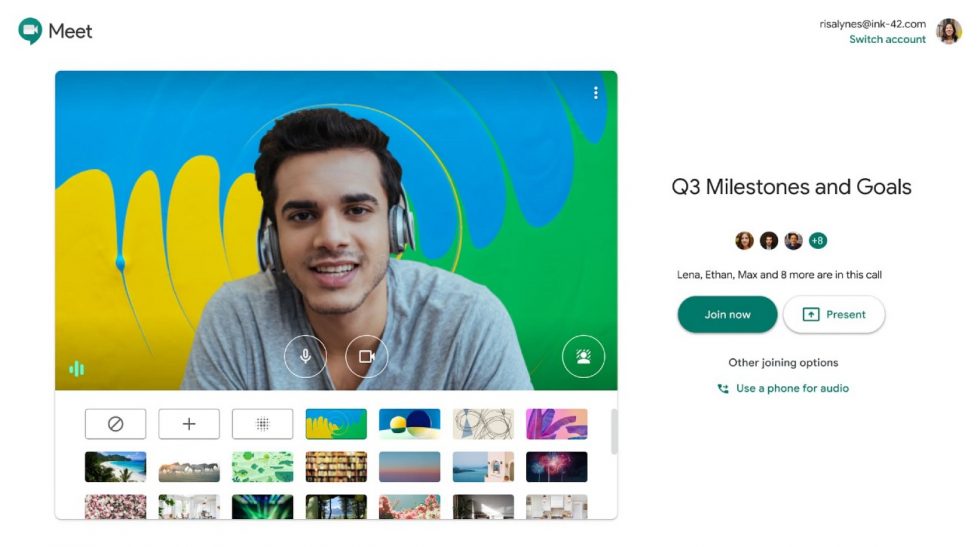 Many people are using services like Zoom and Google Meet, so it’s no surprise that the companies behind them have been pouring a ton of resources into making them better to use. Google Meet is seeing huge usage growth, and with that, Google is outlining what’s coming to the service in the coming days, weeks, and months. And yes, that includes custom backgrounds.

According to Google, custom backgrounds and the ability to blur your background is in the works, currently scheduled to rollout “in the coming months.” Personally speaking, that is way too long from now, especially considering Meet is produced by one of the world’s largest and richest companies.

Also announced is the ability to attend Meet meetings from your Nest Hub Max. We detailed that already. In addition, Google notes that down the road, users will be able to see up to 49 participants at once, up from the current limit of 16. I imagine people will look like ants at that point, but it’s coming whether you find it useful or not.

We don’t have specifics in terms of availability, but all of this is apparently in the works. We’ll keep you posted as they roll out to users.