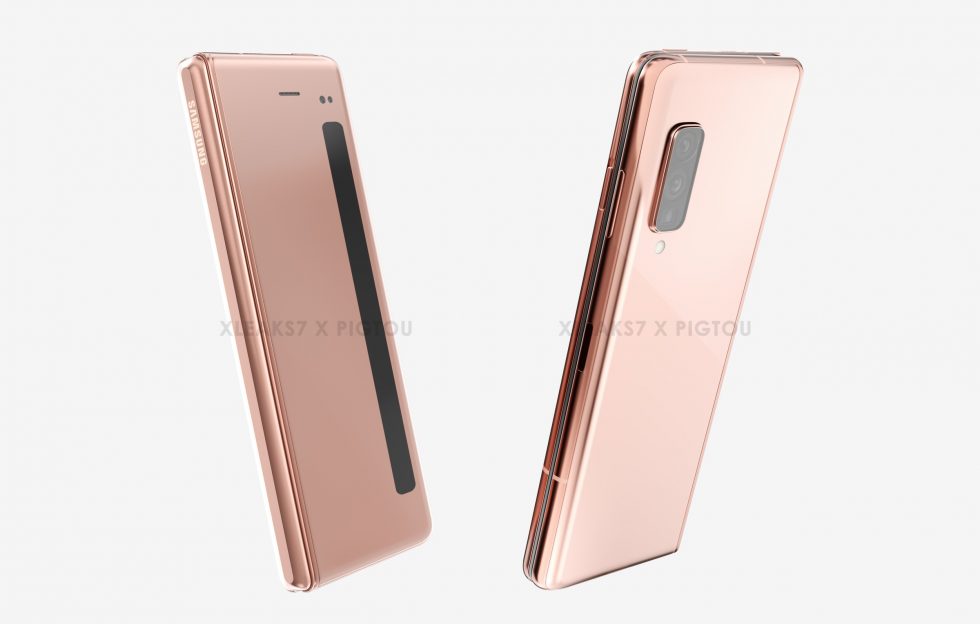 You may recall we have high hopes for the Galaxy Fold 2. We called the original Fold the ultimate couch phone in the sense that when on the go, using its exterior screen was great for doing quick little tasks, but once you’re at home, you can open up the device and really immerse yourself in whatever you’d like. It’s absolutely great for watching videos and scrolling through the ‘Gram.

It has been said since the beginning of Galaxy Fold 2 rumors that there would be at least two major improvements to the design of the phone, which would only increase the awesomeness of the device. It’s been reported that we can expect a much larger front display, potentially similar to this, as well as an interior display that features less bezel overall (no top hump).

Somewhat alarmingly, we are now seeing renders of the device, which are based on patents concerning the Fold 2’s hinge system. Mind you, we believe there’s a high chance these renders are highly — and are hopefully — inaccurate, but because we love talking about renders for unannounced devices, let’s just take a look and try to remain calm. 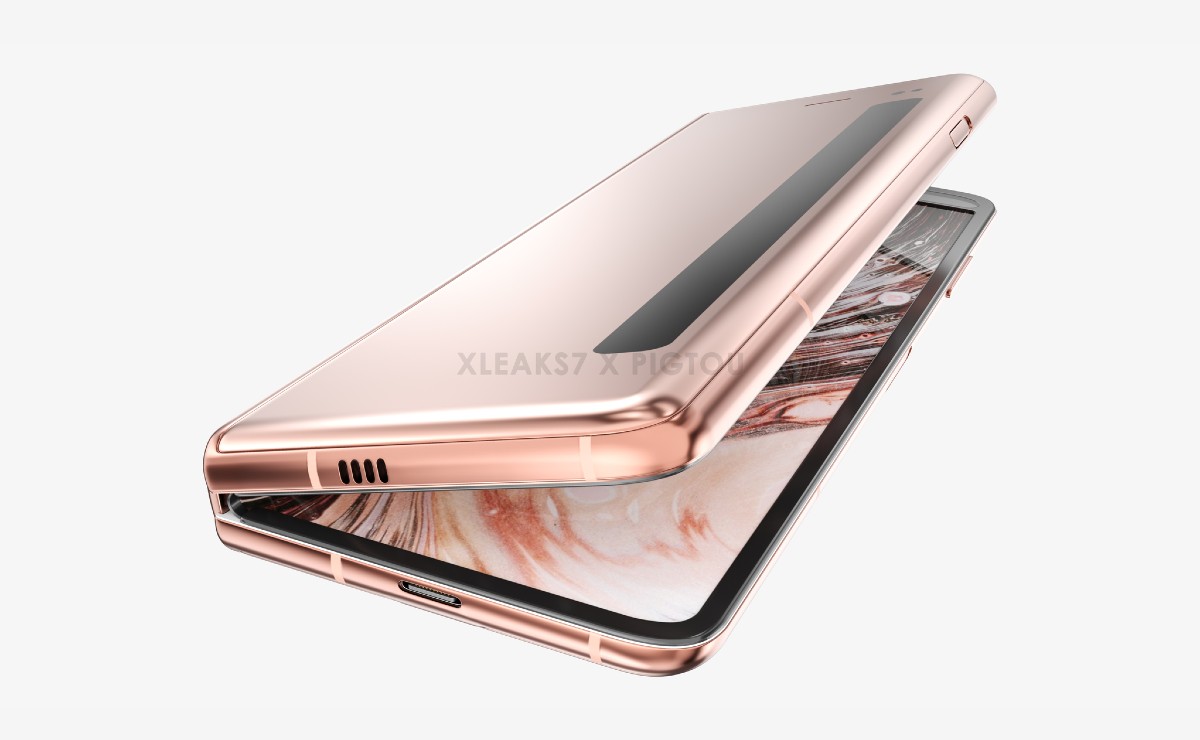 From these renders, we can see that according to the patents, the cover display will not be larger than last year’s. In fact, it could just be a strip display and be a total waste of space. Our issue is, these renders go completely against every single report and Samsung leakster we’ve seen and read. Just a couple weeks ago, ETNews reported that the outside display measures in at 6.2″ and is larger than the previous model’s.

Let’s have a look inside the device, shall we? 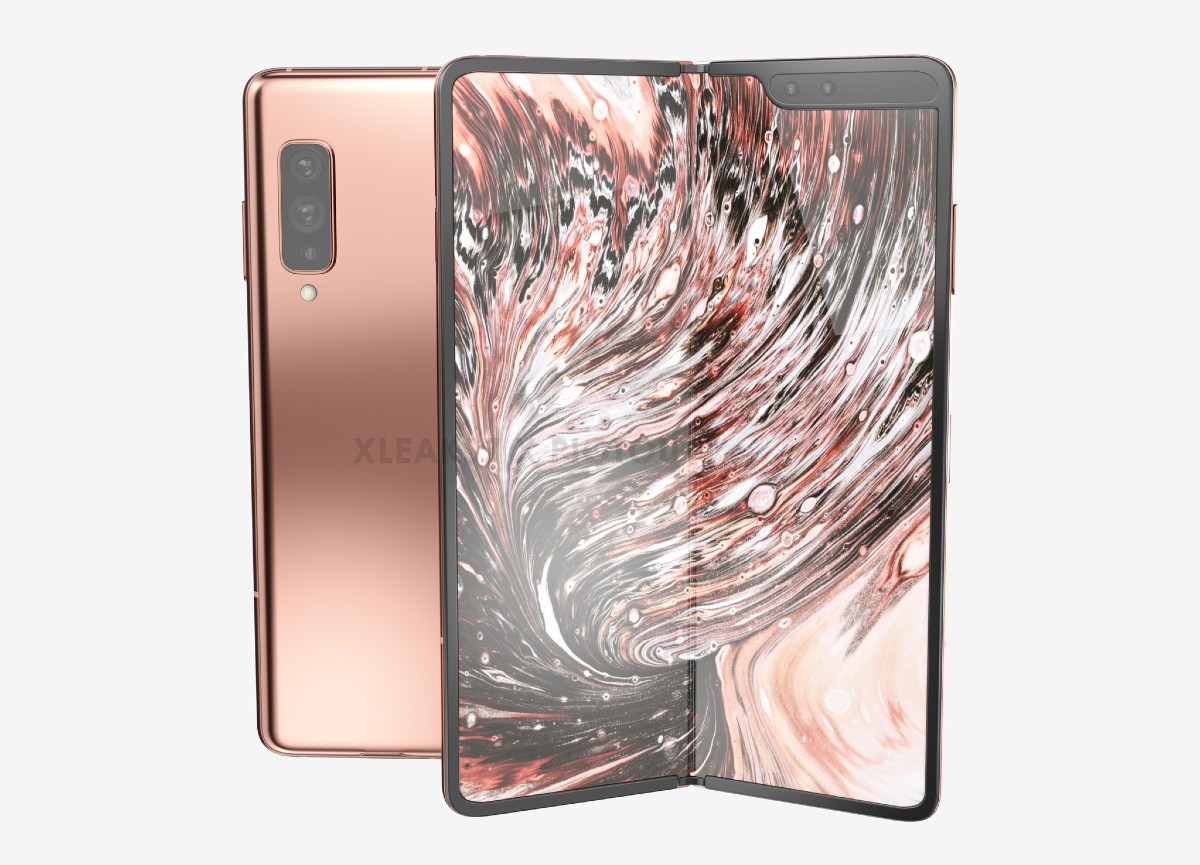 Yes, according to this patent, there is basically no difference, but from all of the information we can gather, that’s 100% inaccurate. @UniverseIce on Twitter states that the interior display measures in at 7.7-inches and features a bezel no larger than 3.8mm. It’s also said there should be a cutout for the interior camera. We’re not seeing that in these renders, which is why we think they’re not representative of what we’ll see from the Fold 2.

Again, these renders are based on patents for the hinge system. From our history in this industry, patents aren’t a great source for product images in the smartphone business. It’s probable that the Galaxy Fold 2 will not end up looking like this. Then again, I suppose it’s totally possible that it does, but there’s just no way, right? Like, Samsung isn’t that oblivious to what consumers want, yeah? To see the patents fore yourself, look here.

Guess we’ll see in what should be August at Samsung’s online Unpacked event.