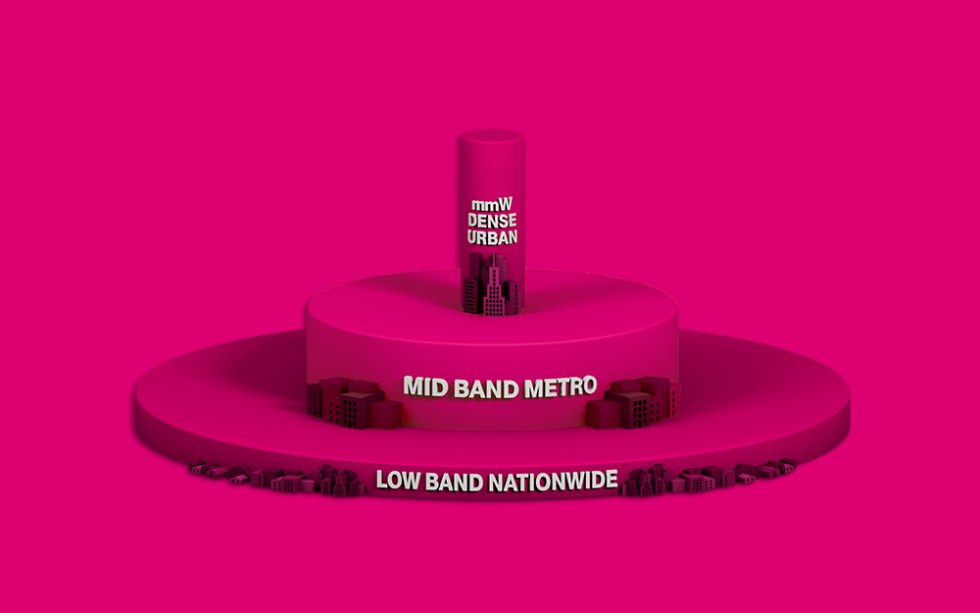 The T-Mobile and Sprint merger isn’t quite a month old, yet New T-Mobile already has a couple of big network announcements to share as a result of it. T-Mobile customers will now find 5G in more places, faster 5G using Sprint’s network spectrum in select cities, and Sprint customers have access to parts of T-Mobile’s 5G and LTE networks.

The biggest news today is the use of Sprint’s mid-band 5G network that T-Mobile has already fired up in Philadelphia. This is the 5G that will show you a big improvement in speed that lives between their low-band 5G network and the ultra-fast 5G mmW that you’ll likely never connect to. As T-Mobile puts it, this band increases capacity and boosts speeds well over your LTE connection and the early low-band 5G you might have access to.

T-Mobile says that its 2.5GHz mid-band 5G in Philly is already delivering 600Mbps speeds. If you have a compatible phone, like any Galaxy S20 phone, you should start seeing this connection right away. The next mid-band 5G city for T-Mobile is New York City.

When T-Mobile rolled out their “nationwide” 5G at the end of 2019, they apparently didn’t mean nationwide. I say that because they’ve continued to announce new markets in recent months, including a few major cities today. Detroit, St. Louis, and Columbus, Ohio all now have low-band 5G from T-Mobile.

Unlike the mid-band 5G we just covered, this is slow-as-hell-5G that won’t be much faster than the LTE connection you’ve grown accustomed to. In some places, it might actually be slower. While that’s a bit frustrating to hear, think if this as the backbone for the future of T-Mobile’s network.

As a part of the merger, some Sprint customers will have access to T-Mobile’s nationwide low-band 5G later this month. For now, it sounds like T-Mobile is only allowing this from Galaxy S20 phones, but that’s an immediate improvement in network over what Sprint customers are used to.

In addition to 5G access, T-Mobile is also letting Sprint customers roam freely on their LTE network. That gives them access to double the number of LTE towers they had on Sprint alone. That’s big.