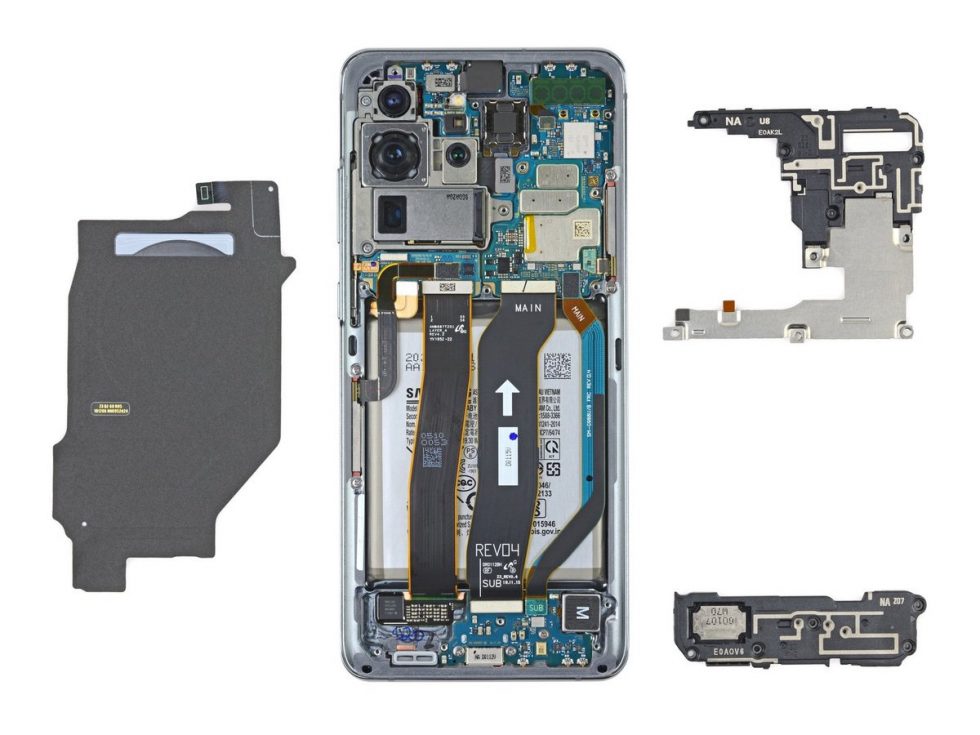 iFixit is back with another teardown, this time for the Galaxy S20 Ultra. It’s sad to see this $1,400 piece of tech get ripped apart, but in the name of self repair, it’s totally worth it.

In terms of repairability, it appears the S20 Ultra is just as bad as any other recent Samsung device, with this device getting a solid 3 out of 10 score. Notable pain areas include a crap-ton of glue throughout the phone, but more importantly, it appears that display repairs “require either a complete teardown or replacing half the phone.” That’s obviously not very groovy. 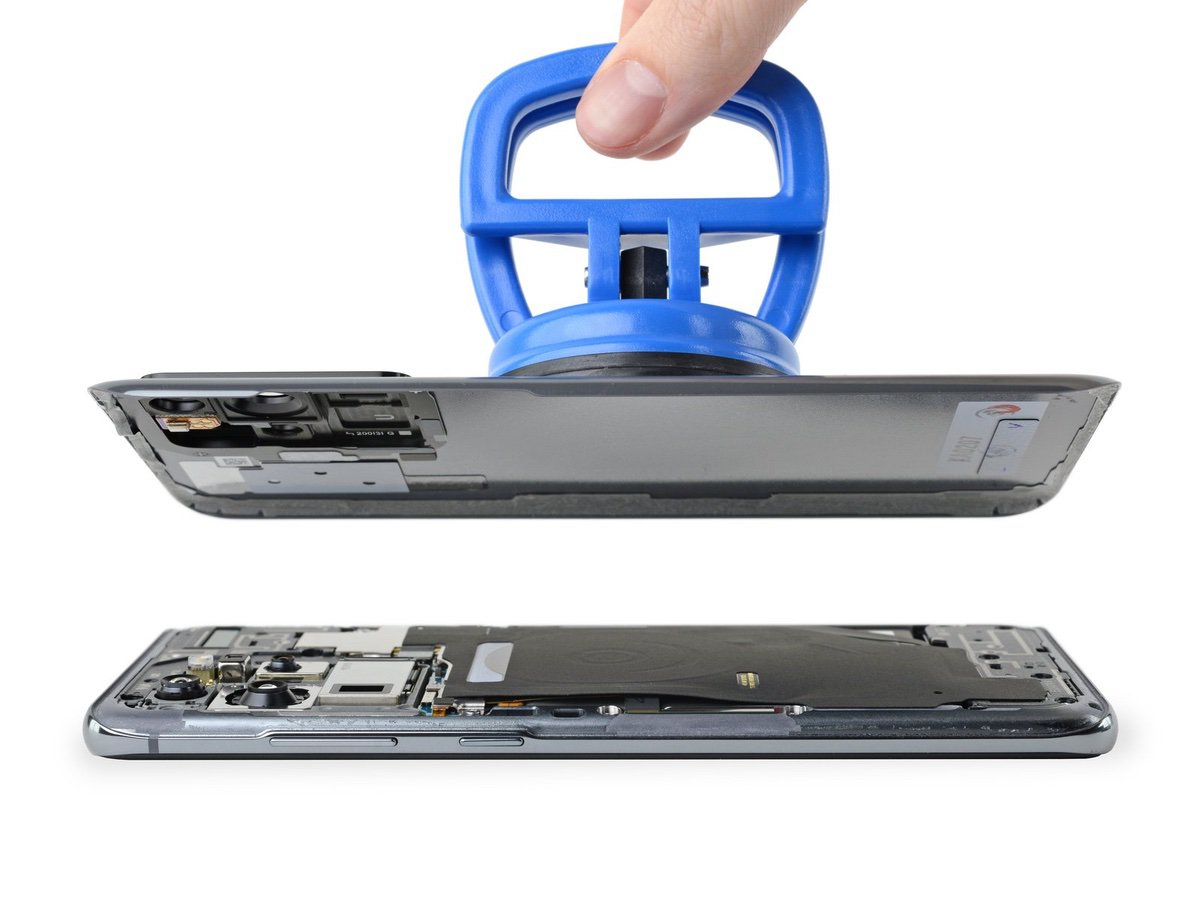 From a fun standpoint, this teardown does give us a look at inside Samsung’s 100x Space Zoom camera. To break down what they found, I’ll let iFixit explain. “Instead of focusing your image directly onto the sensor, this camera uses a prism to bounce the light sideways at a 90-degree angle. It certainly is impressive! After passing through the prism—which has its own optical image stabilizer—the image barrels through a sliding box full of zoom lens, and finally hits the sensor mounted at the end of the tunnel.”

Here are a few highlights from the teardown. Note the adhesive used on the battery. It’s completely terrible for self repair, but a ton of fun to look at. 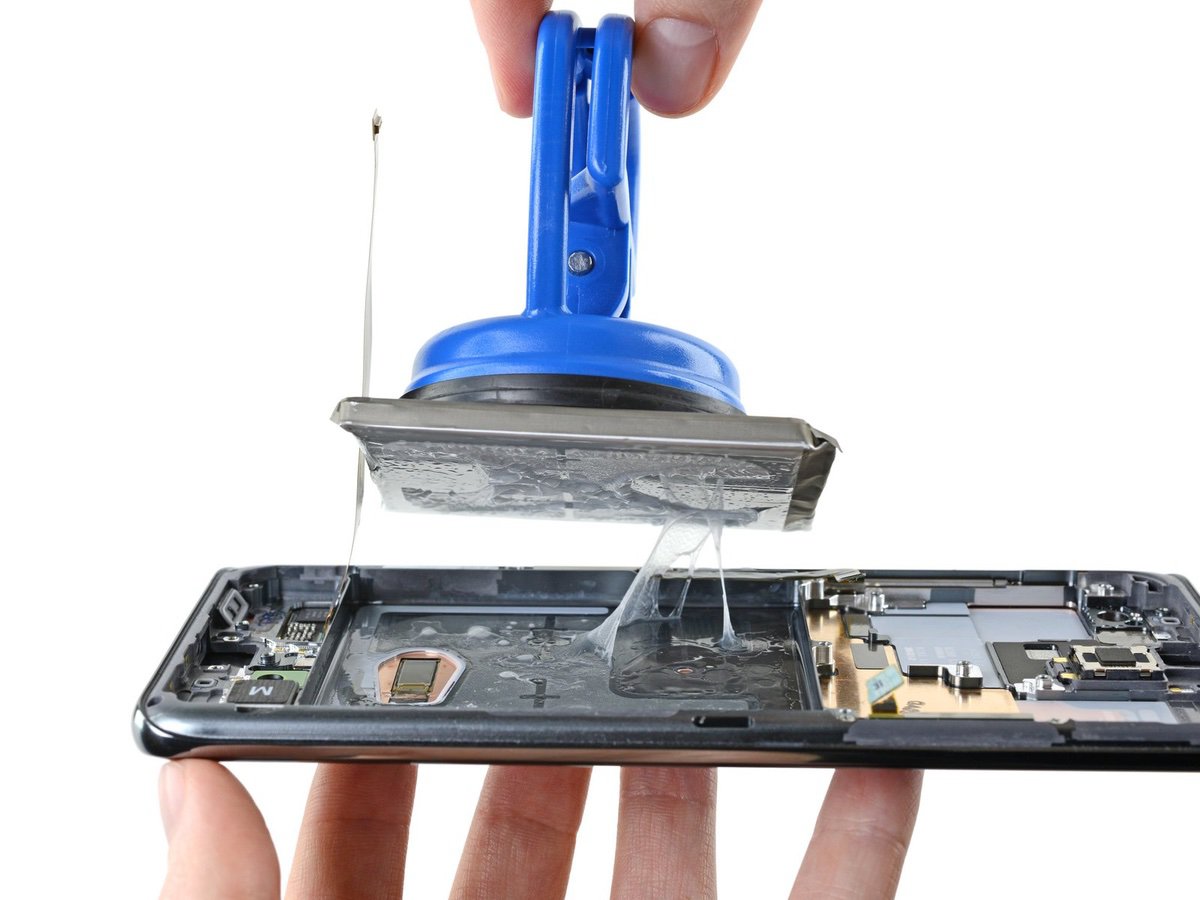 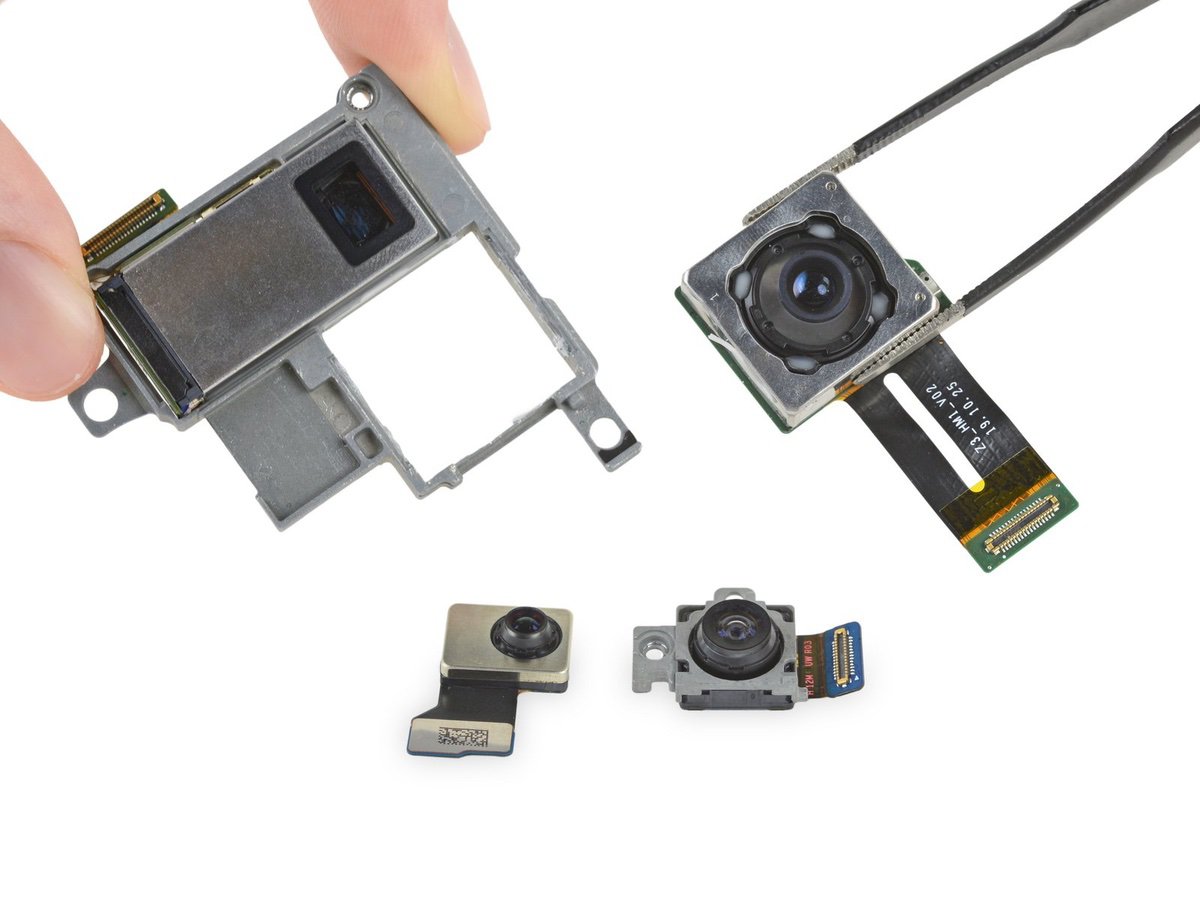 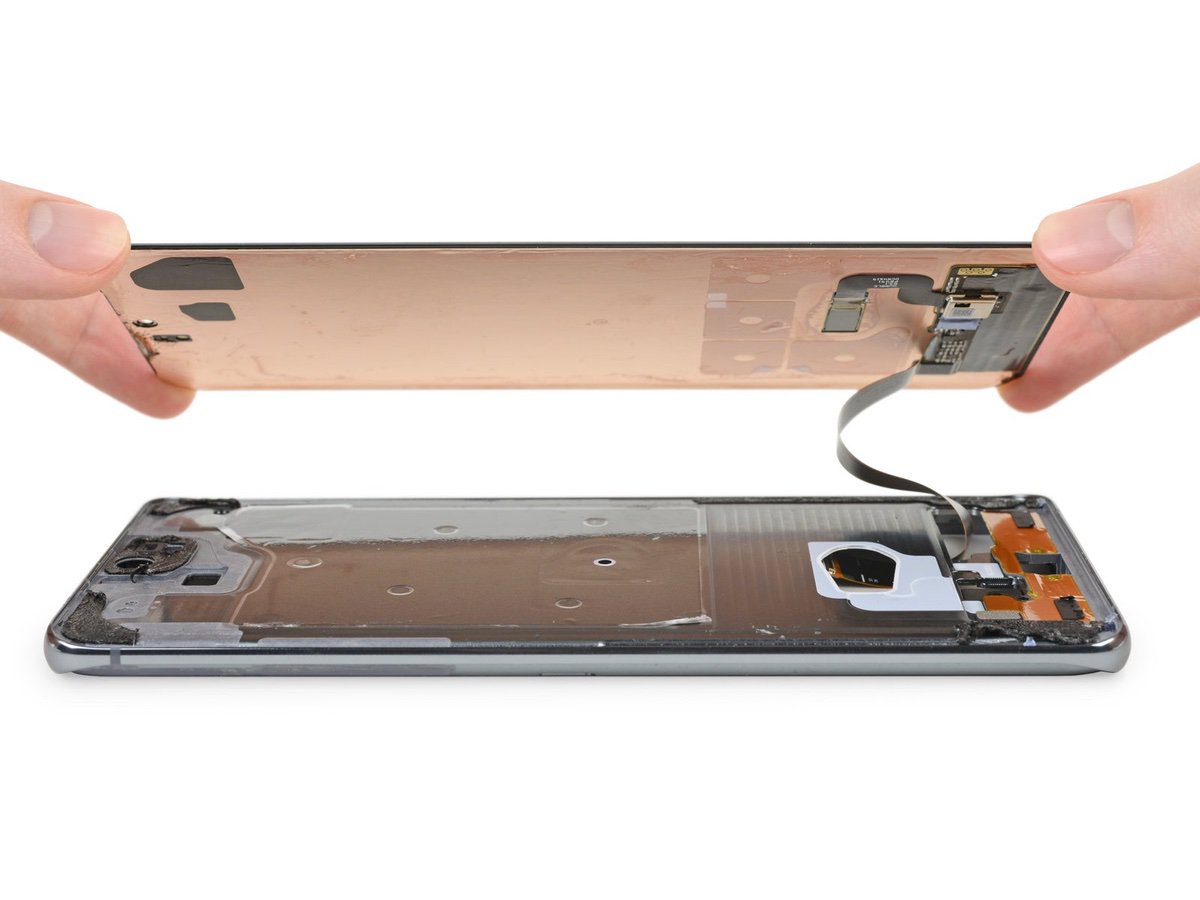 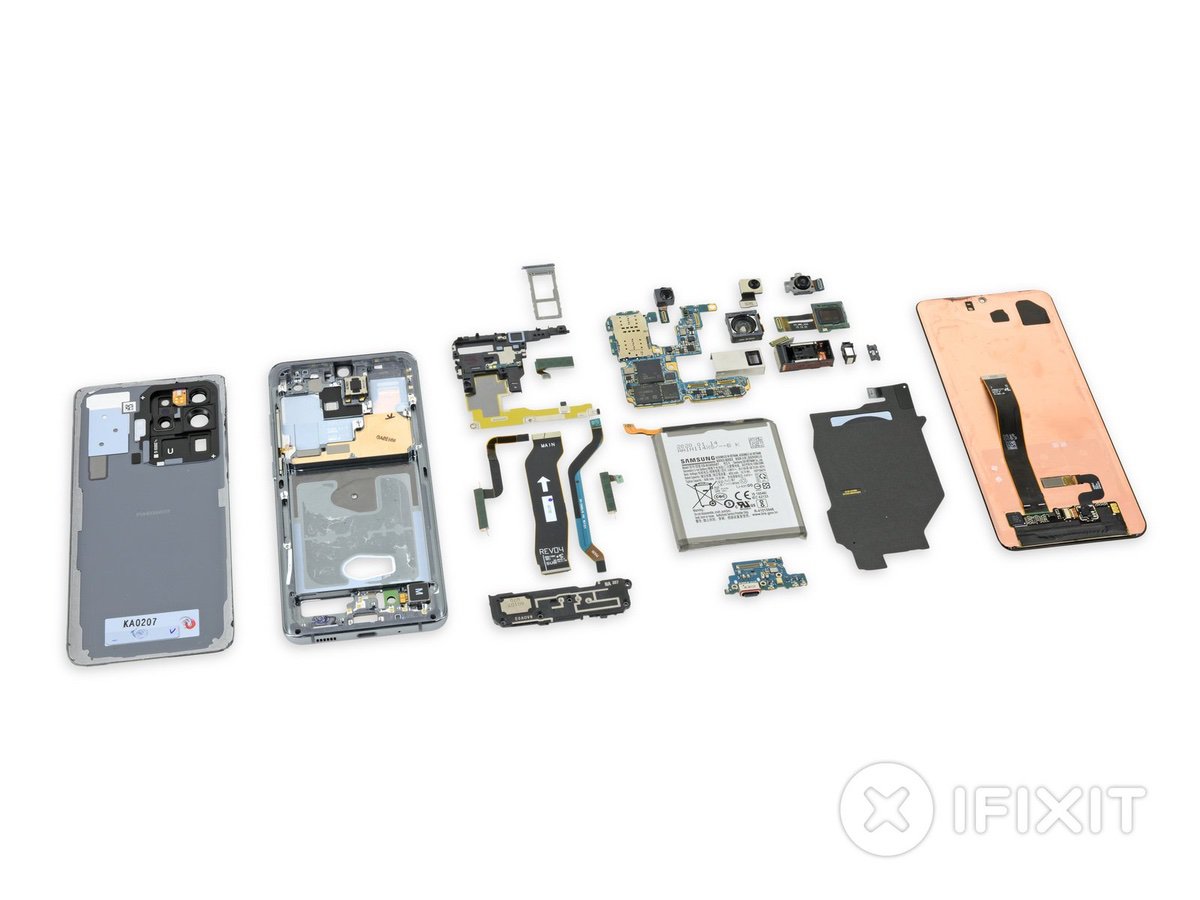