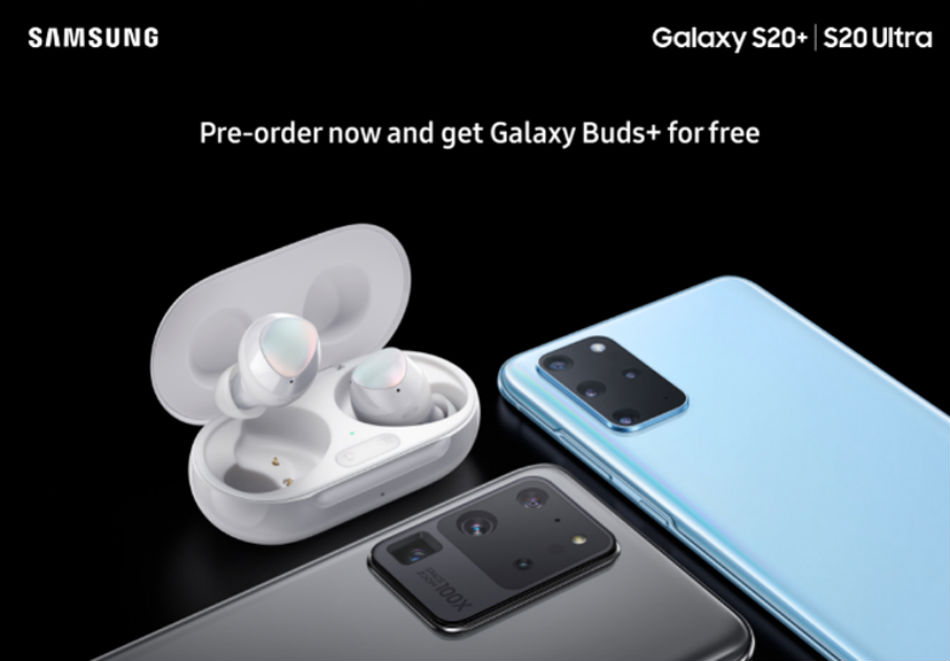 According to a recently leaked image from @evleaks, anyone who intends on preordering a new Galaxy S20 device from Samsung will be treated to a free pair of Galaxy Buds+, the sequel earbuds to the original Galaxy Buds.

Galaxy Buds from Samsung are one of our favorite little audio accessories currently, as they’re insanely comfortable to use, totally wireless, and sound rather nice. As for the Galaxy Buds+, they aren’t yet official so we don’t know a ton of details, but we assume they’ll pack minor upgrades over the original model. Reports peg them to have larger batteries, but will lack active noise cancellation.

Samsung is obviously no stranger to including free gifts with the preorder or purchase of a new device. After all, they need some way to get folks excited about spending hundreds and hundreds of dollars. Considering how good we think Galaxy Buds are, though, this will be a solid gift. It also drives home that the 3.5mm headphone jack is dying (won’t be included on the S20 series) and you should probably plan on getting used to wireless audio.

February 11, we will have all of the details straight from Samsung.