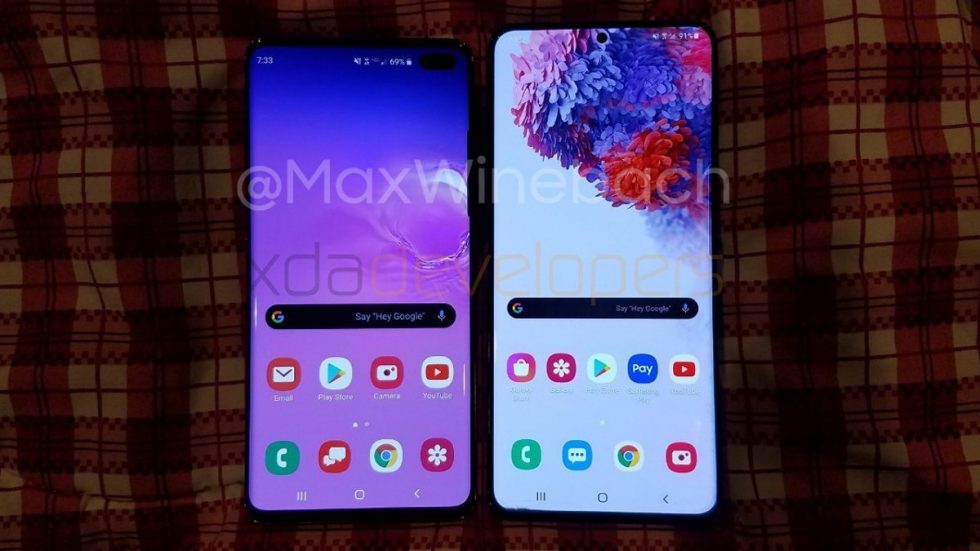 An early hands-on is confirming a ton of details of Samsung’s upcoming Galaxy S20+. Samsung isn’t announcing its new lineup until February 11, but since the phone appears to be in the wild, don’t be surprised if you start seeing a lot of leaked content like this.

Thanks to XDA, we can essentially confirm that the Galaxy S20+ will offer a display capable of a 120Hz refresh rate, rumored to be sized at 6.9-inches. Inside the phone’s settings menu, users will have an option to select between 60Hz for better battery life and 120Hz for smoother scrolling and improved animations. While the display’s resolution is listed at a max of 3200 x 1440, this hands-on has confirmed that owners will be limited to a FHD+ resolution when using the 120Hz setting.

Also detailed in this writeup is the phone’s usage of an ultrasonic fingerprint reader. This isn’t really surprising news, but it should be noted that it’s not yet clear if Samsung is utilizing Qualcomm’s new 3D Sonic Max reader or a previous iteration.

The last piece of info could have a few folks upset, so let’s just rip it off like a band-aid. The Galaxy S20 lineup doesn’t offer a headphone jack. 💀

Below you can get a look at the phone.