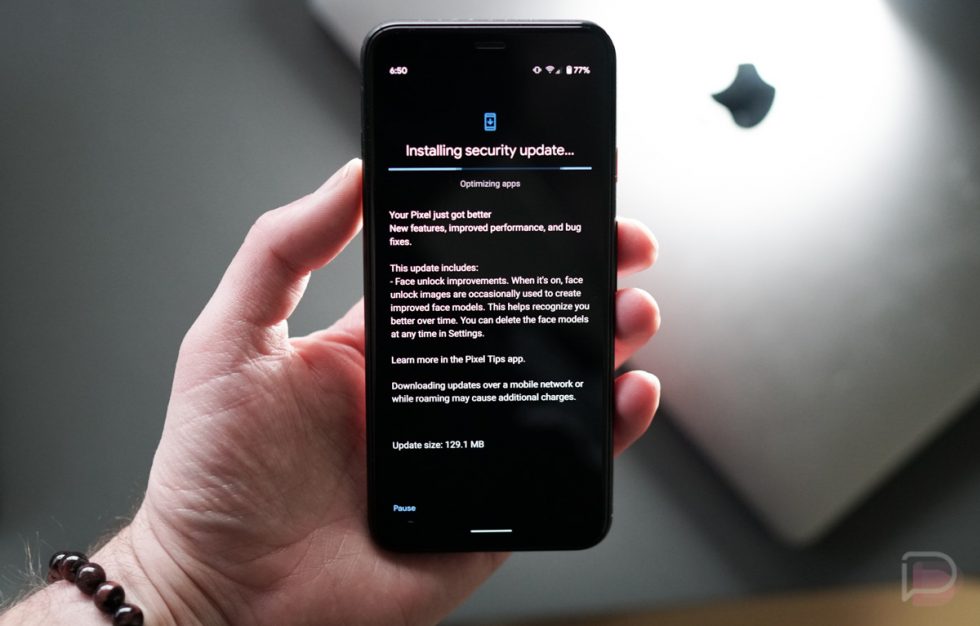 After skipping last week’s December Android patch party, the Pixel 4 and Pixel 4 XL are now receiving this month’s security update. The update began rolling out to a small group of Pixel 4 units last night and has continued to arrive this morning. We can confirm that at least one of our Pixel 4 units is getting the new build.

The changelog for the update screen mentions that there are face unlock improvements and that going forward, “when it’s on, face unlock images are occasionally used to create improved face models” and that this “helps recognize you better over time.” Ummm, what exactly do you mean by “used” there, Google?

As far as other new goods, Google’s own list of changes from last week says that they fixed static noise issues in Spotify and third party camera apps, added a dark mode to the bootloader, fixed Bluetooth pairing issues, addressed a screen flicker, and more. They also said that something called “Pixel Wallet” will soon show up in the power menu, likely as a way to quickly load up Google Pay and choose cards. We still don’t know when Google will make that official.