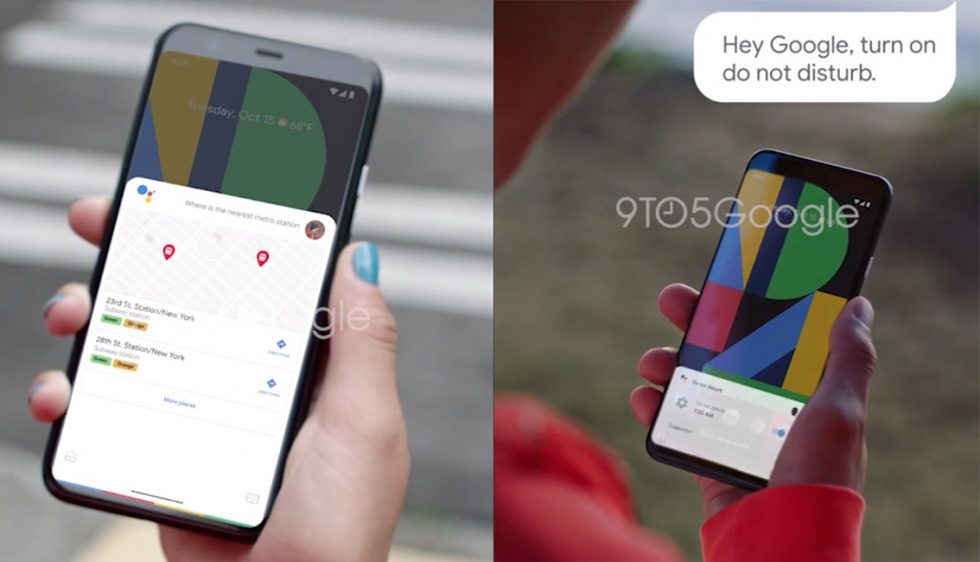 I can’t wait for the Pixel 4 to get here, so that we can stop musing about what Google will likely talk about when it makes its new phones official. There’s only so much to gain from not experiencing something first hand and describing it from a leak. With that said, one such new item that should be fun to see in action on stage and in-person is going to be the new Google Assistant. On the flip side of that, I’m fully preparing to be disappointed by Google’s Motion Sense, which so far appears to perform tasks far below its capabilities.

In new leaks posted today by 9to5Google, we get to see the new next generation Google Assistant in action through a series of promo videos, as well as Motion Sense.

In Google Assistant videos, the new UI (pictured above) is shown, along with a variety of commands that can be fired off in quick succession. Think about how your Google Home has continued conversation, a feature that lets you run multiple requests through the Assistant without having to say Assistant’s hotword over and over again. Google’s phones are about to get a similar feature, only it should be even faster.

Back at Google I/O in May, Google first showed off the next generation Google Assistant, which should launch inside of the Pixel 4. Google told us at the time that they had figured out a way to shrink the process of Assistant down to a size capable of running on a phone, allowing the output to increase 10x quicker.

To see that in action and to know what you’ll find on the Pixel 4 and Pixel 4 XL, watch the video below at the 23:00 mark

The other leak today shows short promo videos of the Pixel 4’s Motion Sense, the radar-powered chip formerly known as Project Soli. The videos show that you’ll be able to wave your hand over your Pixel 4 to silence an alarm, silence an incoming call, and change songs, all without touching your device. We also believe you will be able to move your hand towards your phone to wake it and check for notifications or the time, that sort of thing.

To call this disappointing is probably an understatement. If you have followed the story of Project Soli over the years, you know its capabilities and that hand-waving is about the simplest, most basic idea that Google could have introduced. We’ve seen hand-waving in phones like the original Moto X and they didn’t have fancy radar chips inside.

Google says that this waving silliness is only the beginning for Motion Sense and that it will get better over time. I hope they don’t take as long as they did with their implementation of a dark theme in Android, because this technology is so much better than this first set of ideas.

In case Google missed it, we already offered up a number of suggestions for Motion Sense features, like volume controls, scrolling in Chrome (or any app), flipping through photo albums, switching camera modes, firing up Google Assistant, and more.