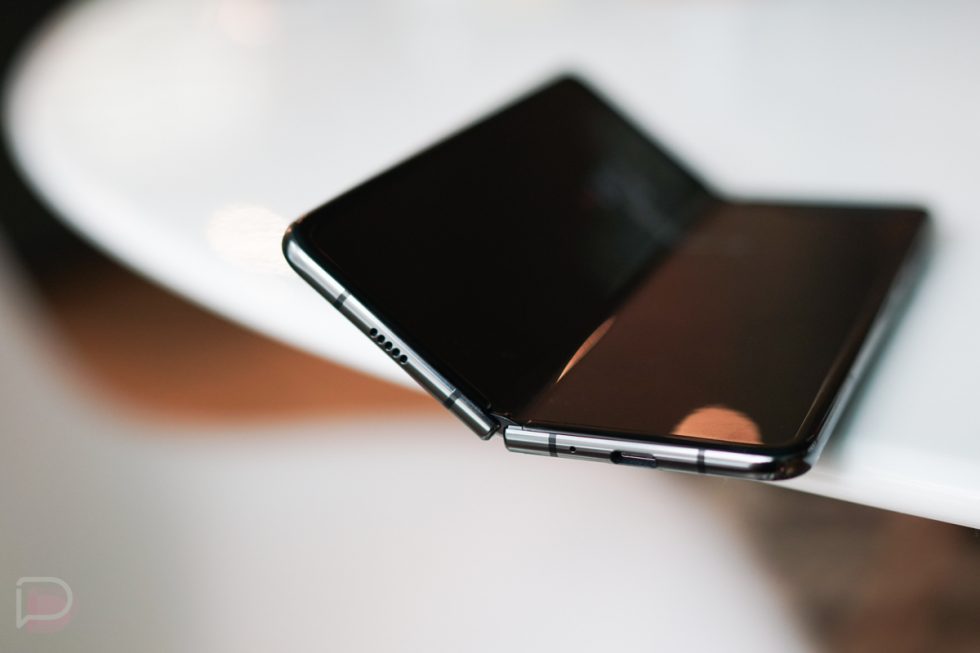 We’re going to be sharing a lot of Galaxy Fold thoughts over the next week, but if there is one piece of advice we can shed upon you today, it’s that dropping Samsung’s foldable phone is an awful idea. Because we would never intentionally drop one ourselves, we have to rely on others to drop one for us, and thanks to Square Trade, they went and did just that.

Before they dropped the Galaxy Fold, they did a folding test. Before launch, back when it was announced, Samsung said the Fold should operate fine after 120,000 folds of the display (about 3 years of usage). In Square Trade’s testing, they confirmed that number, though, a small pixel blob did appear on the display after about 18,000 folds. Other than that, nothing but slight hinge deterioration was noticed.

As for the drop test, it doesn’t matter if you drop the phone on the outside or inside display. It’s gonna bust, even if you’re using the included adhesive case.

Now, the fact that Samsung’s $2,000 phone breaks when you drop it shouldn’t surprise anyone. Heck, phones at all prices break when you drop them. The thing to note is, it’s just a much more expensive issue should you drop this one in particular.