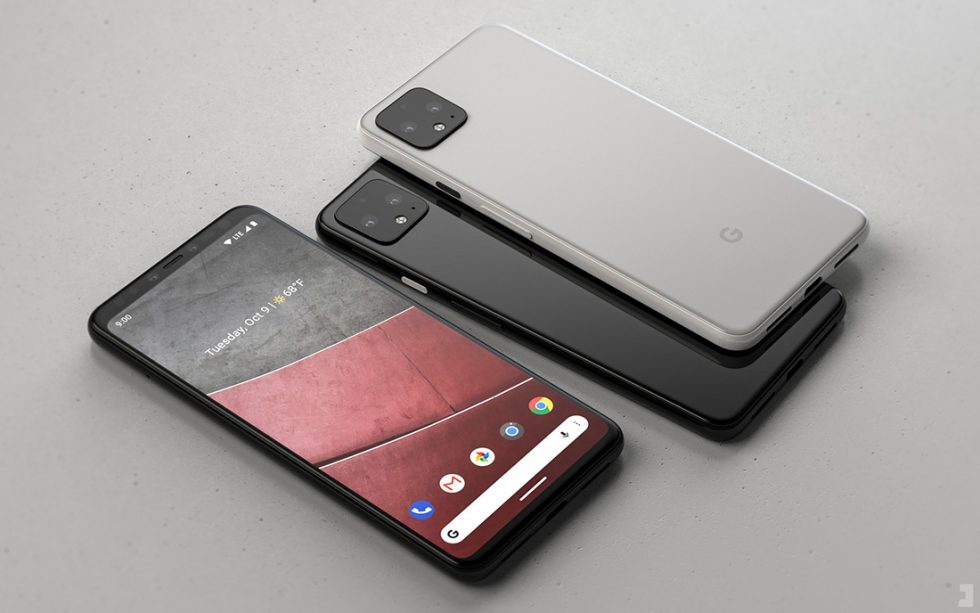 Google took away any suspense over the design of the back of the Pixel 4 by posting official imagery of it yesterday. The front, though, that’s something we have not seen. But if the latest in rumors are accurate, concept designers with actual skill are starting to put the pieces together into realistic visuals.

In this post, we’re featuring the work of @PhoneDesigner, who has created a string of renders in recent years that look better than almost anyone’s. For the Pixel 4, that remains true once again.

These new Pixel 4 conceptual images take Google’s Pixel 4 backside and combine that with a rumor suggesting that Google’s next phones will have a hefty forehead that houses multiple sensors (5!). That rumor originated from Unbox Therapy as far as I can tell, but I can tell you that I’ve heard something similar from a source. I’ve been told that there is no notch for 2019 and that we should expect some beef up top.

And that all makes sense if the rumor that Project Soli and its awesome technology may debut in the Pixel 4 line. Google is going to need space to integrate Soli’s radar tech that will allow for gesture controls in the phone.

Of course, a larger forehead will lead to complaints about Google not featuring hole punches for cameras or pop-up selfies to get maximum screen action and follow 2019 design. To be honest, I’m fine without either of those things, assuming Google can get the rest of the design and specs right. I’ve used both the regular Pixel 3 and Pixel 3a for months and their designs are absolutely good enough without notches or hole punches. Screens are plenty edge-to-edge for me.

What about you? How’s this for an overall Pixel 4 design?