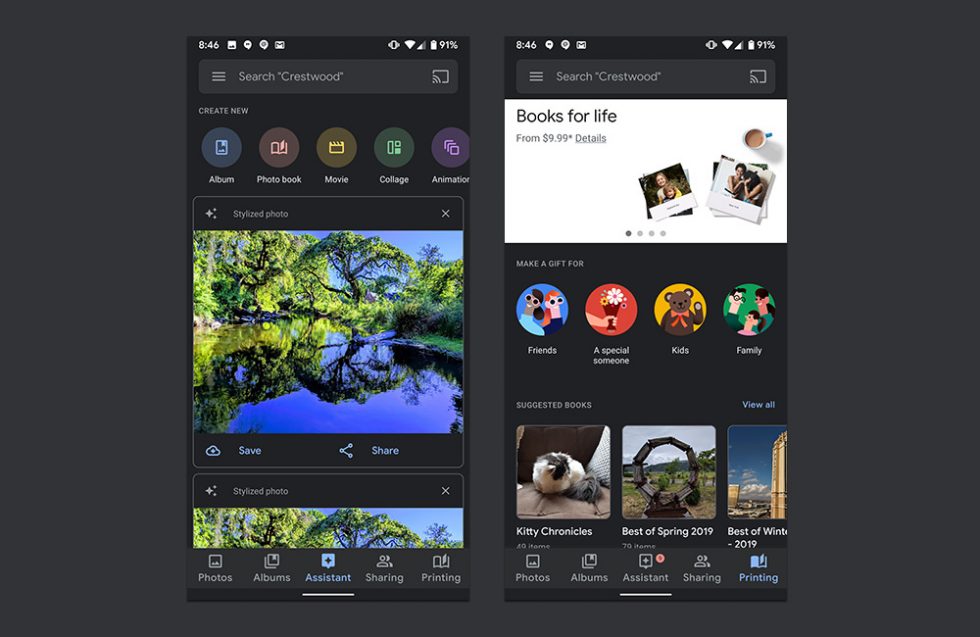 Google Photos initially picked up a dark mode this week for users running the Android Q beta, but the darkness is now spreading to phones running Android Pie and Oreo.

Versions 4.17 or 4.18 of that app appear to pack the darker theme, though there isn’t necessarily a toggle for it within the app from what I can tell. Instead, the app is relying on the system to determine if it should go dark or not. For example, if I flip my Pixel 3 with Android Q over to the system dark theme, Google Photos recognizes that and switches to dark. If you own a Galaxy S10 with One UI on it and switch to dark, the same should apply, even if it’s only on Pie. Make sense?

Again, there isn’t a toggle, the app simply follows your system theme.