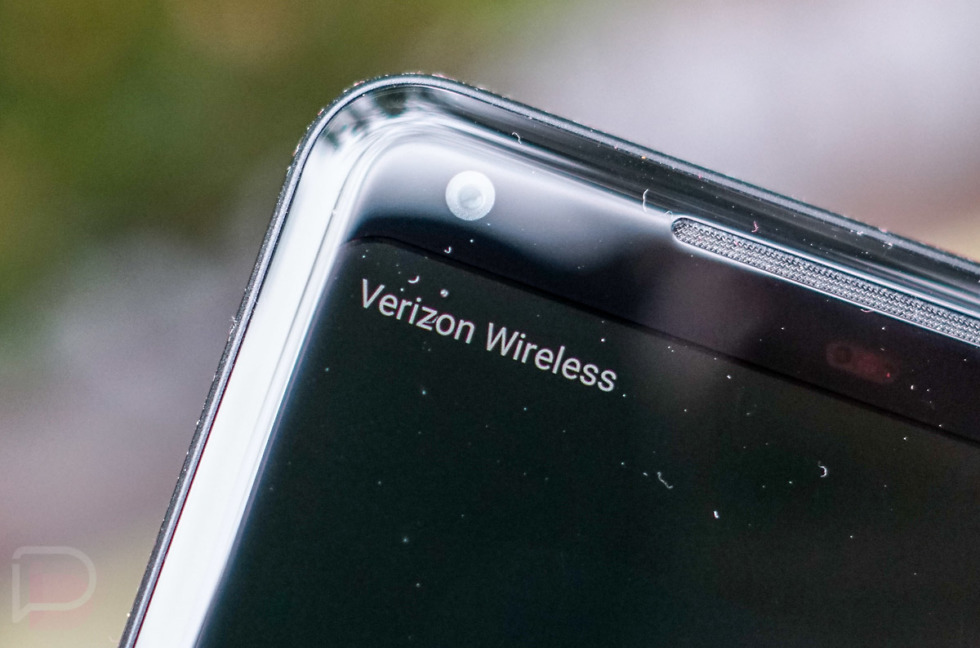 Back in September, we noticed that Verizon had briefly added a new device unlock policy to their website, a policy that was going to SIM lock customer phones for 60 days after purchase. Verizon got mad at us for reporting it at the time, calling it “inaccurate” and an “IT error,” while issuing us a stern statement to say that nothing was changing and they “don’t have a new policy.” Today, they revealed that a 60-day lock plan was indeed on the way and that they will now try to implement it. Cool stuff.

In a blog post today, Ronan Dunne, executive vice president and group president of Verizon Wireless, tried to sell the idea that Verizon customers are robbed on the daily and that no one is more of a target for theft than Verizon because their phones are sold unlocked. Some 7,000 customers every month apparently deal with “fraudsters” attacking their will to live.

Because of those bad actors, Verizon has asked the FCC, whose current chairman is incredibly friendly to the wireless industry and used to work for Verizon as a lawyer, to “confirm that the ‘C-block rules’ put in place in 2007 allow us to keep phones locked, after they’re purchased, for a short, 60 day fraud safety check period, after which the phones will unlock automatically.”

For a bit of background there, Verizon agreed to leave their phones unlocked when they bought a bunch of spectrum in 2007 that they use for their LTE networks. The agreement says specifically that they cannot SIM lock their phones to their network at all:

Like, that statement is as clear as day and not really up for debate on what it means. What the hell does Verizon mean that it wants the FCC to “confirm” that that wording allows them to lock devices? You gotta be kidding me.

So if the FCC is cool with it (and I’m sure they will be), Verizon will lock handsets for 60 days to only work on their network. Once the 60 days are up, they’ll automatically unlock them for use elsewhere.

With that said, the previously posted policy that we shared in September, the one Verizon called “inaccurate,” suggested that they may not actually do anything automatically at 60 days if you bought a phone on a payment plan. Instead, they would keep phones on payment plans locked until they were fully paid off. At that time, they would then unlock them. And that unlock idea had nothing to do with fraud and everything to do with special financing they offer. Dunne’s post today notes that other carriers do that, but that they won’t. The text from September’s policy on device payfoffs can be found below:

In addition, to reserve our 0% special financing rate for consumers who want to use their phones exclusively in the Verizon network, we can block the phones you buy through our device payment plan during the term of your sales agreement. of the payment plan of the device, after which we will automatically remove the blocking. Telephones purchased at the total retail price or from other sources will not be subject to this block, although they may still be subject to the 60-day blockage detailed above.

UPDATE: Verizon reached out looking to clarify and wants you know that there will be no payoff requirement with this new 60-day lock policy, unlike what the previously posted policy stated back in September. We’ll hold them to that should it change at any point in the future.

We’re looking for more specifics on this new policy now to see if that bit of text made it in. We’ll also see what we can find out about timing, since this looks like they are awaiting that FCC thumbs-up before moving forward.

We’ll continue to update this post. Stick with us.

NOTE: We’ve updated the title to note that an update was added and shortened for clarification. We’ve made some tweaks throughout to address the device payoff requirement that Verizon says won’t be in this new policy, which differs from the policy they posted to their store in September 2018.