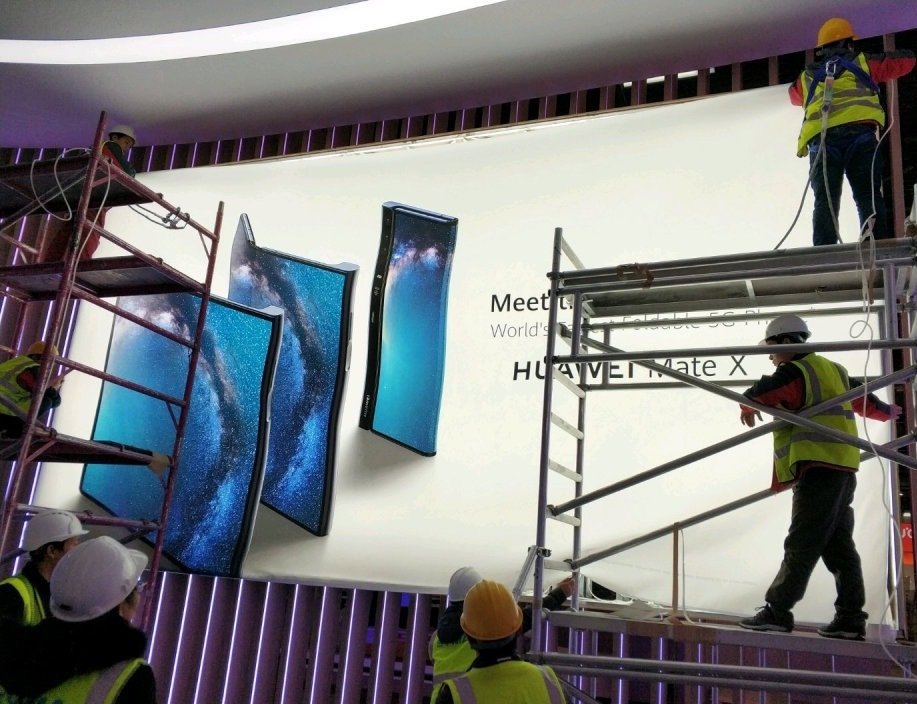 Ahead of MWC this weekend, an image of the Mate X from Huawei has hit the web, the manufacturer’s foldable smartphone. It appears that this image was snapped while a banner for the phone was being set up at MWC. There’s a bit to take in here, so let’s just get right to it.

From the image we can see the phone does indeed fold. However, this fold design is much different than Samsung’s implementation on the Galaxy Fold. Instead of the hinge being on the left side and opened like a book on the Galaxy Fold, the Mate X opens the opposite direction, allowing the phone to open from the sides towards the user into a square-ish viewing area.

Furthermore, it’s our belief that this design has allowed Huawei to offer a larger and more usable display when the device is collapsed. Yes, it appears to have a large side bezel, but the rest of the front appears to be completely usable display. It’s hard to image what the backside part of the display looks like once opened, will most likely have a camera or two, but we’ll know as soon as Huawei hosts its press event this weekend.

What’s your take on this foldable design? Also, what’s your best guess for the price?