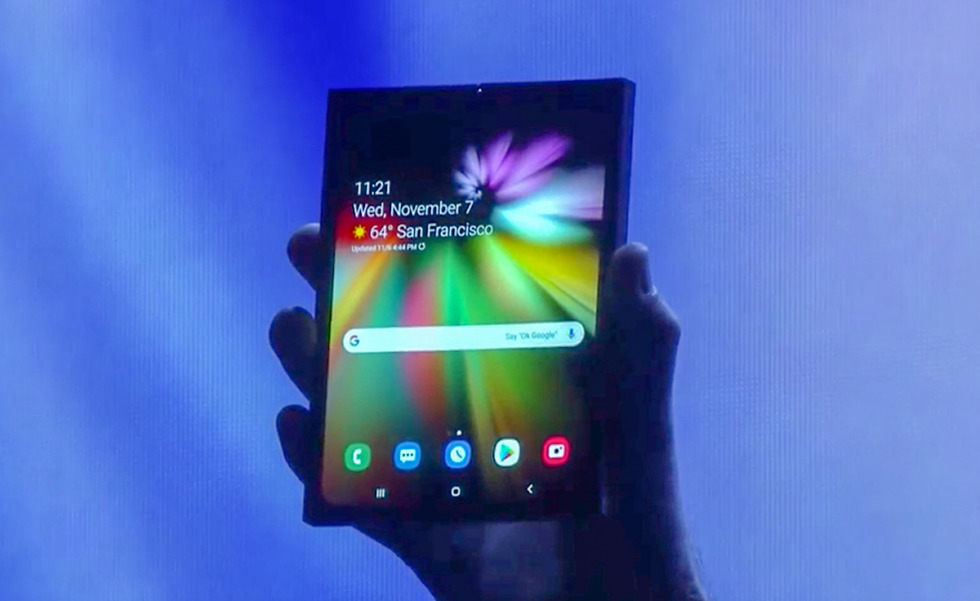 Samsung’s foldable display device, even as it made its first appearance on stage today, is still mostly a mystery. Samsung covered the device in a case while revealing it for the first time, they wouldn’t tell us what the device is capable of beyond running 3 apps at once, and we have no idea when it’ll arrive outside of an “early 2019” suggestion from Google. One thing we do now know are the display specs, thanks to a slide they showed at their developer conference!

The specs were captured by CNET, who must have been in attendance at a developer session during Samsung’s Developer Conference. The slide shown to attendees shows details for the “cover” display, as well as the main, larger display.

If you were worried that this first generation of foldable Infinity Flex displays from Samsung was going to be low-res, you can relax. Instead, you should be worried about how awkward this device might be in pocket with that long body and weirdly centered cover display.