Android Pie has been available since early August, so that’s meant we have had three separate updates to the Android Distribution numbers since its arrival. In those three, the newest version of Android has failed to make its debut appearance.

The latest set of platform distribution numbers were posted on Friday and they show little change across the board. Oreo jumped up, while the rest dropped.

Why hasn’t Pie showed up yet? Google says that a version needs to make up for 0.1% of the Android pie in order to make an appearance. We’re three months in and can only assume that Pie is still on less than 0.1% of phones if it’s not on these numbers. That’s not great. Project Treble, you there?

Then again, only a handful of phones have Android Pie to date. Google’s Pixel and Pixel 2 lines, Essential Phone, and OnePlus 6 have all received an official update to Android 9. A Sony phone or two may have it as well, but none of these phones have sold in large volumes. So when you’ve got billions of Android phones in the wild and only a few million running Pie, I guess that may not be 0.1%. 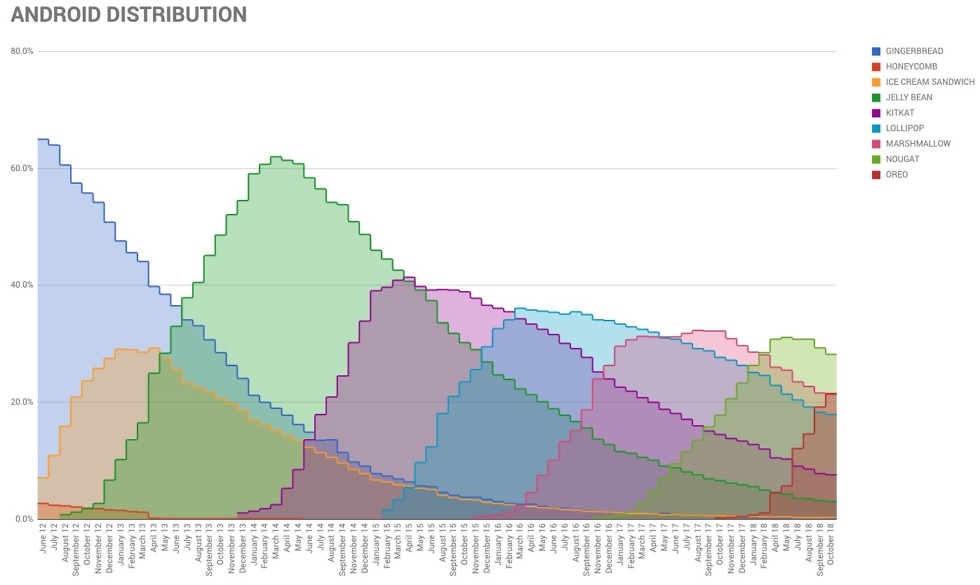