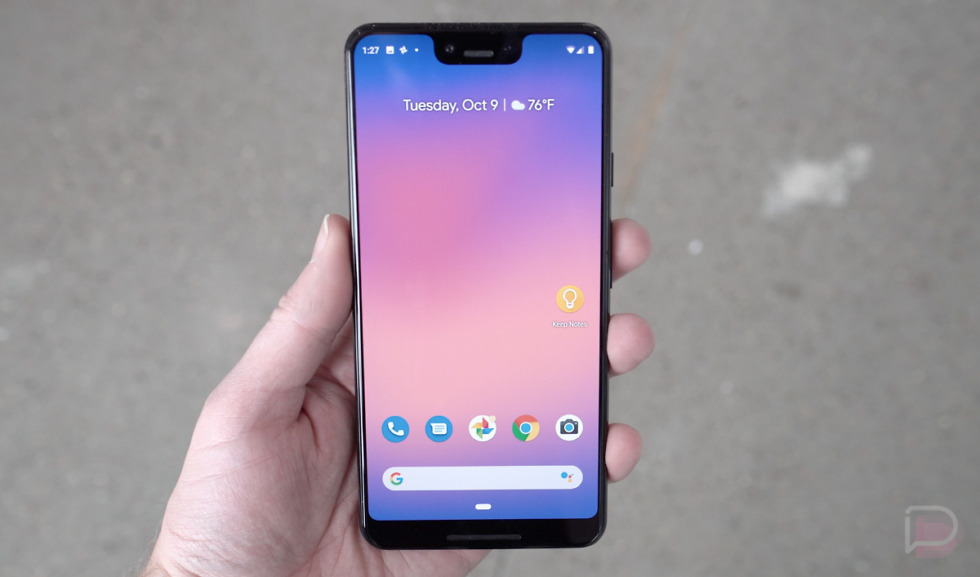 The Google Pixel 3 and Pixel 3 XL feature AMOLED displays that are dramatically improved over last year’s Pixel 2 XL. You all remember the drama that surrounded the Pixel 2 XL’s blue shifting and possible burn-in, right? This year, those complaints haven’t been there and there’s a good reason for it.

Google is using a Samsung OLED panel on the 3 XL, according to a teardown by iFixit. Last year on the Pixel 2 XL, Google used a P-OLED panel made by LG and the reaction to it wasn’t exactly pretty.

As iFixit mentions in their teardown, this Samsung panel should be a “little more reliable” than last year’s from LG. Or in other words, that’s why it looks better. Samsung is known for its quality OLED production and typically owns the title of “Best Smartphone Display” whenever they release a new phone with one of their displays, topping their previous phone which held the title.

Speaking of smartphone display kings, it’s DisplayMate that mostly talks about display quality in this industry and they’ve given the Pixel 3 XL an A+ rating. They put the highest-end phones through all sorts of tests to determine if their displays are good or not. The Pixel 3 XL is only the third phone to receive a “green” in all categories they tested. The other two? The Galaxy S9 and Galaxy Note 9.

If you were worried about last year’s display in Google’s Pixel phone, it’s not looking like that should be of any concern this year.

Oh, as for repairability, the Pixel 3 XL scored just a 4 out of 10 from iFixit. That’s not a great score if you were hoping to be able to self-repair your 3 XL if it were to break. While the phone might not be difficult to break into, replacing something like the display would not be fun.