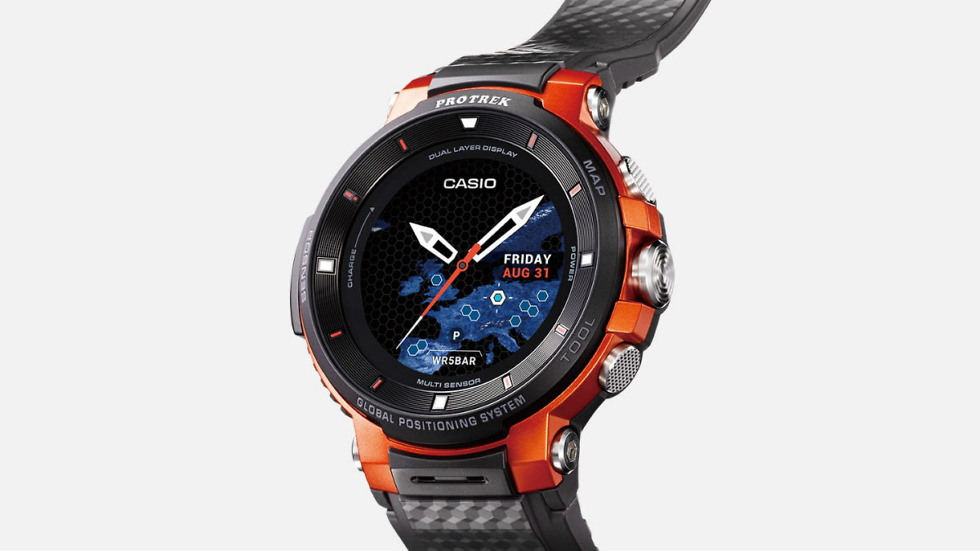 The watch doesn’t hit retailers until next January, but Casio was kind enough to include pricing with its announcement. Are you ready for it? The new watch, powered by Google’s Wear OS, will retail for $549. It does come in either black, blue or orange, though!

According to Casio, this smartwatch is capable of offline maps and GPS log recording for up to three consecutive days, and also comes with MIL-STD-810. That’s military standard, according to our fantastic US Department of Defense.

Specs include a 1.2″ dual-layer display (390×390), an undisclosed processor, undisclosed battery size, plus sensors for everything you might need. With regard to the sensor, we are assuming Casio isn’t disclosing because this watch will utilize whatever Qualcomm has in store for later this year, but that’s to be seen.

We’ll let you know when it’s available in January.