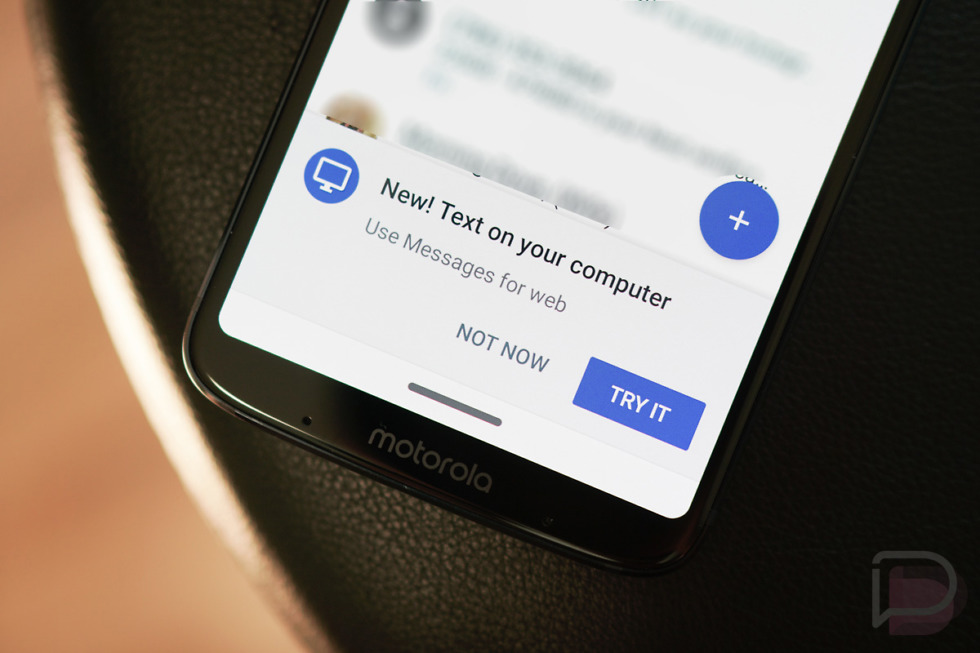 Android Messages picked up a web client last week, but Google rolled it out in the trolliest of slow fashions. It took a while, which led to a number of you asking if the version of your Android Messages app mattered or if Google was messing with you by skipping updates that you thought were the one you needed, that sort of thing. We tried to assure you that all was well and that Google doesn’t actually conspire to make your life suck.

Either way, according to Google’s Justin Uberti, full deployment has happened. In other words, you should be able to get to the Android Messages for web client if you couldn’t previously.

How do you do that? Open Android Messages, tap on the top-right menu button and then choose “Messages for web” to open up a QR scanner. Then, from your computer, open up messages.android.com and scan the QR code that you see. That should do it.

If for some reason you aren’t seeing the option, hit that Google Play link below and make sure you are up-to-date. Version 3.3.044 should be the one you want.

From there, you get the whole Android Messages experience, only from a desktop browser. You can send and receive text messages, see previews, pick stickers or emoji or images, and even switch to a dark mode.