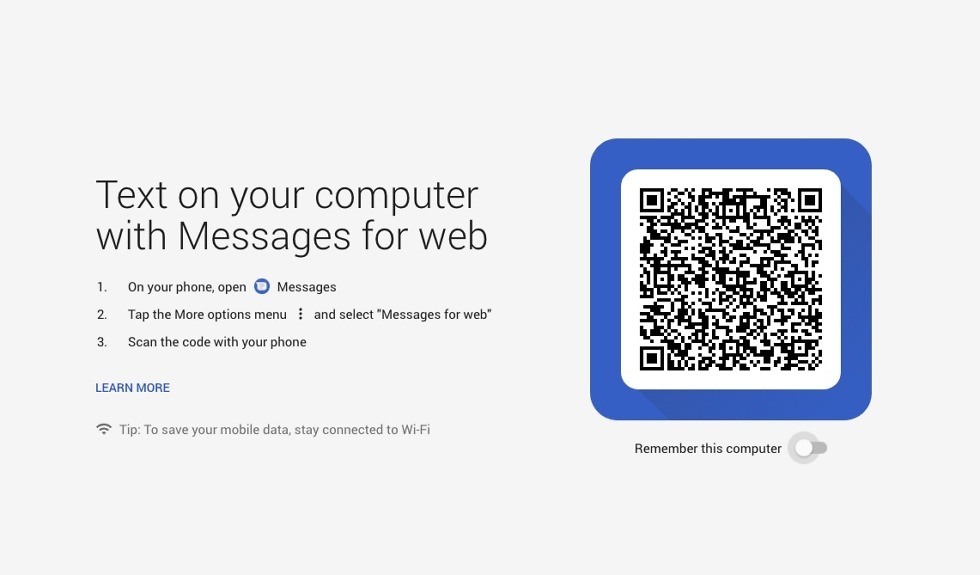 Google’s Android Messages app now has a web client where you can send and receive text messages. The portal is live right now, but connecting to it isn’t quite possible just yet.

As you can see from the screenshot above, the portal asks that you open the Android Messages app on your phone, head into settings, and look for “Messages for web” in order to open up a camera that will scan the QR code shown. At this time, that option isn’t in the app, though it should be shortly if this portal is live.

This method is almost identical to how Google Allo for web works. Once connected, you should be able to send and receive messages, as well as access history and conversations you’ve had. There is an option to “remember this computer” too.

We first learned about Android Messages for web back in February and have been frequently checking for its arrival. The time has come, sort of.

Anyone seeing the QR scanner with the Android Messages app?

UPDATE: It’s official, as well as a bunch of other features!