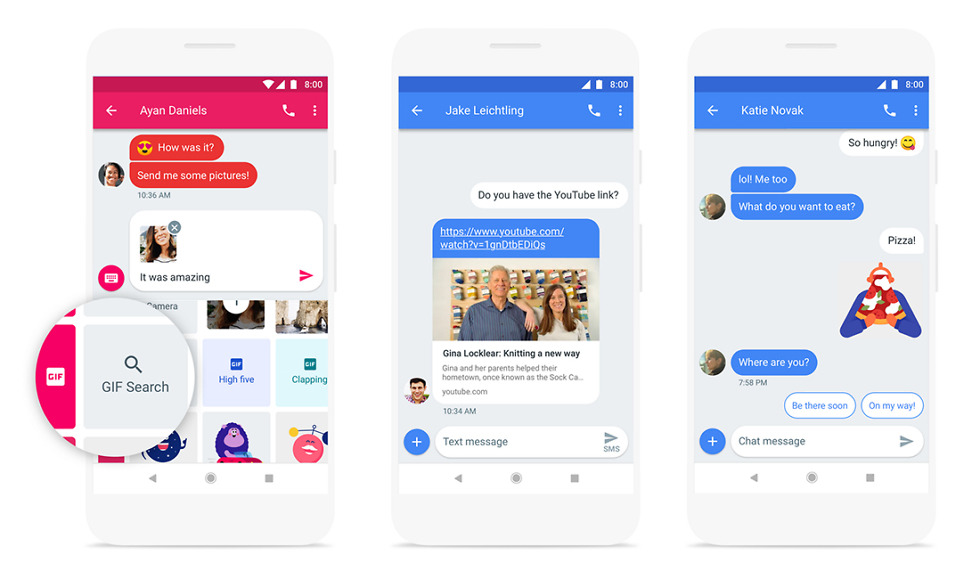 After the world noticed that Android Messages for web had gone live, Google has gone ahead and made the feature official, as well as a handful of other new tweaks.

Google says to expect Android Messages for web to go live “over the next week,” which really just means a slow rollout of an update that enables it, as well as a server-side switch for you to have access. It’s the worst thing ever if you are an impatient techy like we are, but that’s how Google rolls.

But as expected, Android Messages for web will give you the power to send and receive texts from your computer. This one of the top-requested features, according to Google.

In addition to web access, Android Messages is getting GIF search, smart replies embedded within conversations, previews of links that are posted, and quick one-time password copying when you are logging into a service that needs verification.

Again, this all starts rolling out from today. I can tell you that I haven’t seen an update, but most of these features are already in my Android Messages app, just not the web connectivity.