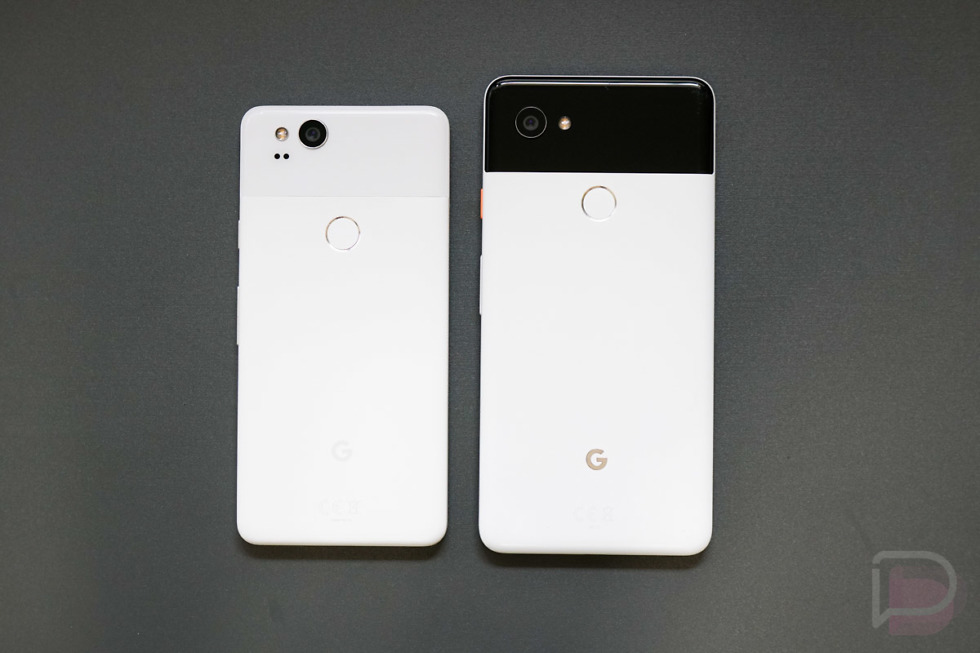 Since the Pixel 2 XL is my iPhone, it makes sense that the phone I’m most looking forward to in 2018 is the Pixel 3, assuming that’s what Google calls it. It’s not that I think the OnePlus 6 will be bad or the next Essential Phone will still have touch screen issues or the LG G7 won’t impress me with its notch, it’s just that Google currently makes the phones that do everything I need. I love their cameras, their software, and even their quirky hardware designs.

With that in mind, Google has some things to work on from the Pixel 2 and Pixel 2 XL. Let’s run through some of those ideas here in a Pixel 3 wishlist. 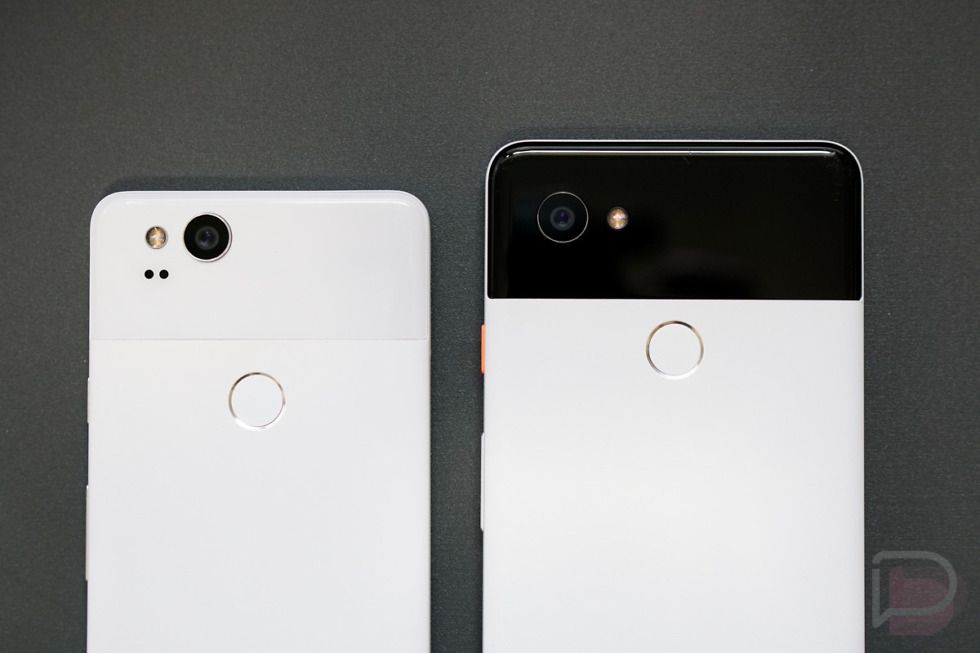 The original Pixel and Pixel XL were solid phones with few flaws, outside of their iPhone-esque appearances. But one thing that we loved was their identical designs that only differed in sizes. That was due largely to HTC making both, which was great because you either went small or big Pixel and got the same phone with the same specs.

With the Pixel 2 and Pixel 2 XL, Google (for reasons they’ll probably never confirm) split the hardware up between HTC and LG. While the phones look mostly similar and do indeed have matching specs, they feel more like past Nexus releases made by  two companies, rather than a part of Google’s cohesive Pixel brand. Their rear textures don’t feel the same, the HTC-made Pixel 2 is slightly edgier, and their bezels come from different planets. But even the little things differ, like the placement of their cameras and the flashes or other sensors around them.

For the Pixel 3 and Pixel 3 XL, we haven’t heard much in terms of who is building these, though we’re assuming it’s the HTC crew that Google paid over $1 billion for. And if that’s the case, then that should mean back to the original matchy-matchy combo of design from the Pixel and Pixel XL.

I know this may not seem like the most important tweak, but it helps strengthen the brand, in my opinion. I would imagine it would help in manufacturing too, possibly helping eliminate hardware issues, since you’ve got one group doing the same work over and over again to two devices.

2. Design tweaks are needed too.

I like the two-tone or dual-panel backsides that Google has included in the Pixel lines for the past two years. They are certainly unique in a category of product that is all starting to look far too similar. So let’s keep that setup going, but maybe play with more colors this time around. I’m still somewhat surprised that Google hasn’t created any other special colors of the Pixel 2 or Pixel 2 XL and sold them in limited fashion through the Google Store. This current design seems so ripe for that.

Where Google can improve is through the front designs. As I mentioned above, we first need the same group to build them. Once we establish that, then it we need to work on bezels. Even the Pixel 2 XL, with its somewhat slimmer profile compared to the regular Pixel 2, is a big phone that needs to be re-worked. I know that Google will stand by this design because of the dual speakers it used, but Samsung is a great example of how stereo speakers can work with a slimmer package. The S9 and S9+ speakers are solid and stereo and left room for a big display without extra bulk.

And that leads me to size, which kind of relates back to bezels. If you start trimming excess, you get smaller phones that still have big displays. I’m totally fine with the Pixel 2 XL’s 6-inch display size, but I’d like it in a smaller overall package. The Pixel 2 XL is a big ass phone. The Galaxy S9 with its 5.8-inch display and the Essential Phone with its 5.7-inch display are both about a full inch shorter than the 2 XL. I think there’s room to improve there, Google. 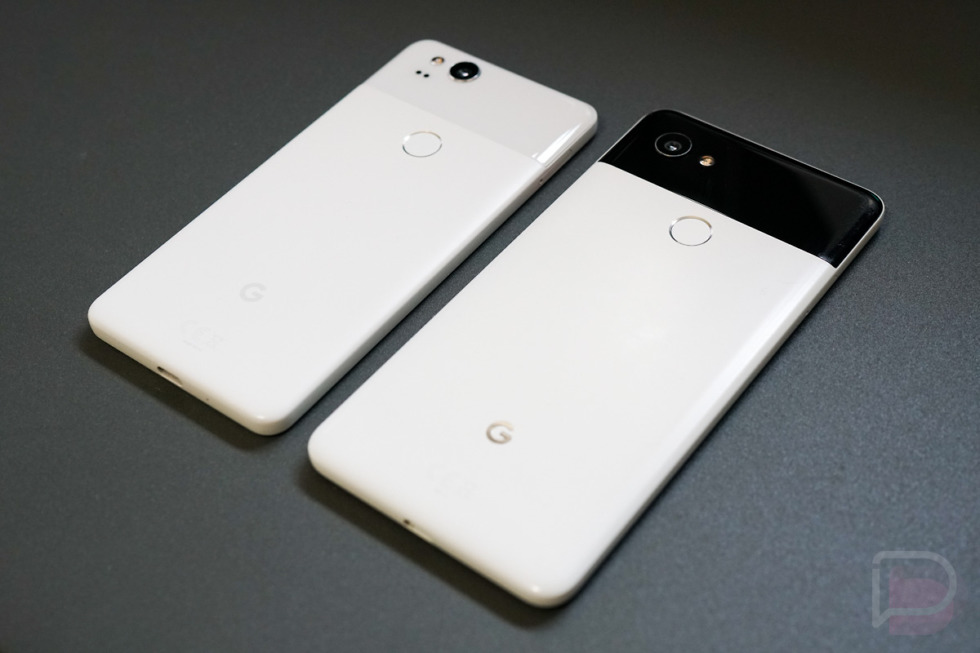 3. The displays have to get better.

You all remember the overblown controversy surrounding the Pixel 2 XL display, right? I’m hoping that Google will learn from that and not buy displays that are setup for press to freak the f*ck out over because they are bored at the end of the year and happen to find pleasure in nitpicking Google products. Yes, we need a better display in the Pixel 2 XL.

If that means not buying them from LG, that’s fine. Just source the OLED panels from someone who isn’t only in their 3rd generation of OLED production and that thought it was OK to ship a panel that had a massive blue shift when tilted sideways. I don’t know who Google is going to get them from, just make them good. And keep the color profiles too.

What if they include a notch? I don’t really care. At this point, we should assume the Pixel 3 will have a notch since that’s the hot trend of the year and Google has built notch support into Android P. I just want the display to be good because the anti-notch battle is one I’m not going to win. Sure, I’ll complain heavily about it and continue mocking companies for copying Apple, but I’m not about to let a notch deter me what should be an otherwise amazing couple of phones.

As I mentioned in my Galaxy S9 review to mixed reactions, I’m so over all of the glass that manufacturers continue to slap all over the backs of phones. Please, Google, do not go full-glass backside on the Pixel 3. I don’t care if you keep the glass patch up top, just don’t stretch it. Glass isn’t a premium material. It’s fragile, scratches easy, and is quickly gunked-up with fingerprints within 10 seconds of touching it. SKIP. THE. GLASS.

On that note, I’d suggest something other than this plasticy coating on the Pixel 2 XL. It has a nice in-hand feel to it that isn’t slippery, but my Black & White version is pretty crazily scuffed already and the phone isn’t even a year old. The texture used on the regular HTC-made Pixel 2 seems to be holding up much better.

And look, I’m fine with a phone that feels somewhat like plastic, as the Pixel 2 and 2 XL do, knowing they have a solid metal frame underneath. Let’s just find a coating or material that is more with-standing to daily usage. I mean, Essential sure knocked it out of the park with its titanium and ceramic, why can’t Google? 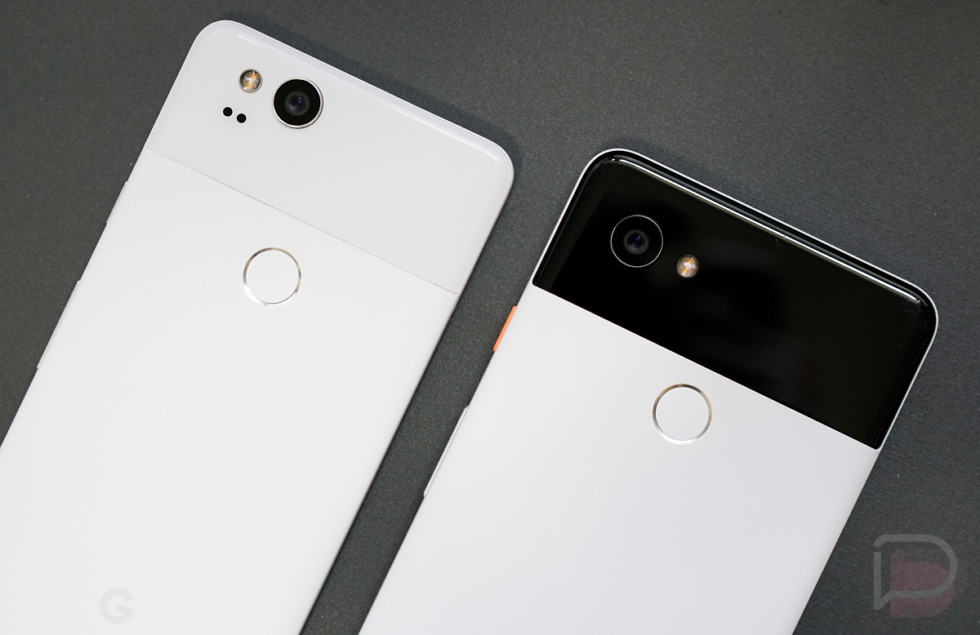 This one doesn’t necessarily affect me, since I’ll just buy the phones direct from Google and love life. However, Google needs to get its phones on carriers not named Verizon. And I say that because I want others to be able to enjoy these phones, yet I understand that a lot of people still don’t buy phones outside of their wireless carrier.

I’d imagine that Verizon will have another exclusive on the Pixel 3, though I hope I’m wrong. I hope I’m wrong for your sake, guy who doesn’t read Droid Life to know that you can buy phones at better prices, with financing from people who aren’t trying to lock you into a 2-year contract and rob you each month over wireless service that keeps getting worse.

6. Keep doing this with your cameras.

I promise this isn’t me telling Google to relax and not improve its cameras, but I want them to stay on this path. The Pixel 2 and Pixel 2 XL cameras are the best there are in the US. I say that specifically because the Huawei P20 Pro is probably the current king. However, I’d still take Google’s single shooter cameras over Samsung’s and LG’s and OnePlus’ and whoever else has released a phone recently. Google is doing magic with cameras today and so I don’t really want them to change much. I don’t need a dual camera. I just need what I’ve already got. Let’s not go messing around with camera gimmicks, Google.

So those are the changes I’d like to see in the Pixel 3 and Pixel 3 XL, what do you want to see?