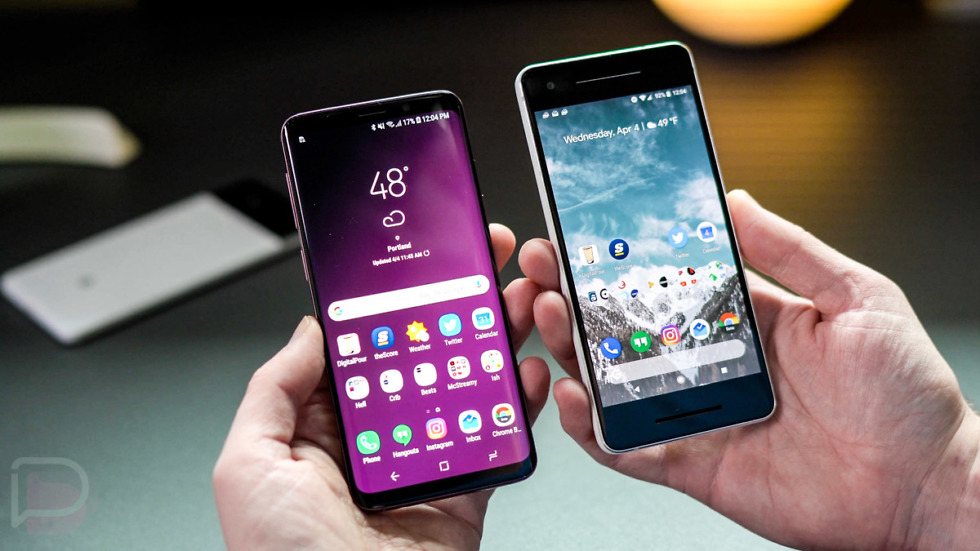 To say that I prefer the software experience on the Pixel 2 and Pixel 2 XL to the software on the Galaxy S9 and Galaxy S9+ is a ridiculous understatement. It’s the biggest reason I won’t be moving from a Pixel 2 XL to a Galaxy S9+ full-time. After reading through comments on our Galaxy S9 reviews, I get the feeling that new owners of the S9 are feeling similarly. A number of people noticed that Tim and I had a setup where our Galaxy S9 navigation buttons sure looked a lot like the Pixel buttons and wanted in on that action.

I would hate for anyone to miss out on a Pixel 2 experience even if they did buy the Galaxy S9 or Galaxy S9+, so let’s talk about how to change not only the navigation buttons, but some other items as well, like launcher and apps. Let’s turn that S9 into a Pixel 2.

Note: This would work for any newish Samsung phone, like the Galaxy S8, Note 8, and probably the S7 line too.

Turn your Galaxy S9 into a Pixel 2

The biggest change to make is going to be on the launcher front. You can always go with Nova Launcher or another advanced launcher to get the ultimate custom experience, but to keep this simple, we’ll simply suggest one of the Rootless Pixel Launcher options. We’ve got a direct link below to get you the newest version out of XDA.

This launcher is a port of a Pixel Launcher that happens to have some Android P and possible Pixel 3 features within. It includes the Google Feed side panel as well as a few other customizations that give you the right amount of power without being overwhelming.

Hit that link below, install it, and then set it as your default by tapping the home button and choosing it.

Note: We’re sideloading this, so if you are new just understand that we’re installing an app outside of the Google Play store. There is a security risk there and Google doesn’t recommend doing this, but the developer behind this is trusted.

2. Switch to the Pixelize or PixelizeD Theme.

Once you’ve installed Rootless Pixel Launcher and set it as default, you’ll want to head through the links below to change up your theme to a Pixel theme. This is where your notification shade and many of your apps will change color schemes to better match something that Google would release. This is also where your navigation buttons will change to the Pixel style and away from Samsung’s weird line-infested buttons.

We are suggesting Pixelize and PixelizeD because they do a great job of theming the right spaces, plus they are free. Tap the links below from your Galaxy S9 or S9+ to get right to their theme store listings.

After those first two steps are done, you are basically 95% of the way there. From here, we’d recommend possibly going into your default app settings to choose apps other than Samsung’s browser or messaging app (if you want the Google experience, going with Chrome and Android Messages there are good choices) and even turning off notifications from Samsung’s doubled-up apps like Calendar and Messages.

To get into those areas, head into Settings>Apps>Menu>Default apps or Settings>Notifications.

4. In the future, the Google Camera may arrive.

While not available yet, I think it’s only a matter of time before someone ports over the Google Camera app to the Galaxy S9. At the time of this posting, one that worked well wasn’t available. Should there be one, we’ll update this post.

And that’s it! With those steps, you can basically turn any current Samsung phone’s experience into one that better resembles a Google Pixel phone experience.