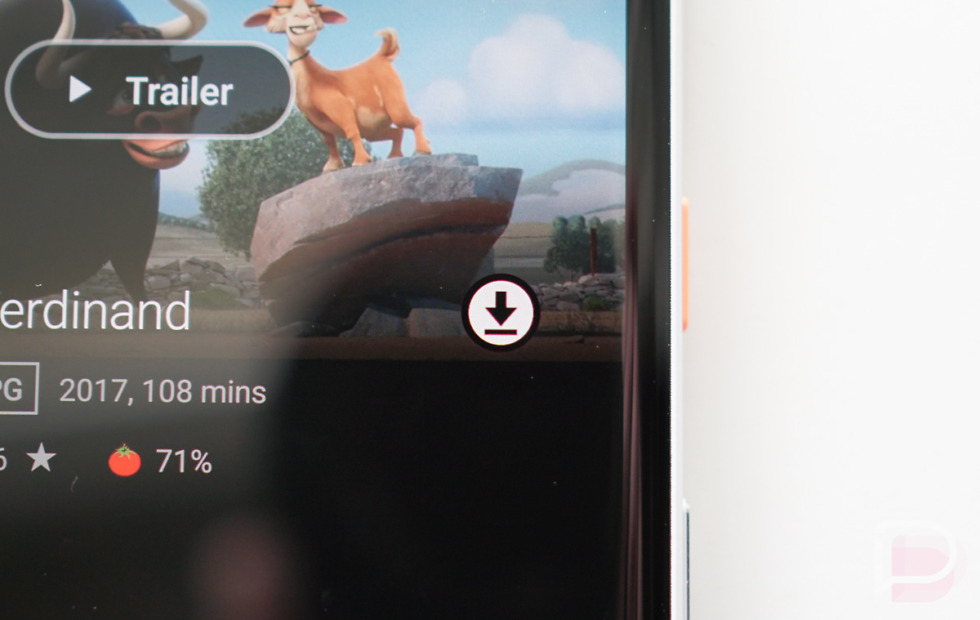 As someone who ditched cable well over a year ago in favor of streaming all-the-things, I’ve found it hard to believe that services like Google Play Movies & TV and Netflix won’t allow me to store any content offline on Android TV. It’s actually become quite frustrating since I stream everything, work from home on the internet all day, have a wife who likes to binge-watch at times, and now have to worry about home internet data caps from companies like Comcast. I think we’re at a point where it’s time that we’re allowed to keep an offline collection.

To back up a second, I should point out that on mobile devices (phones and tablets), both Netflix and Google Play Movies allow you to download shows and movies for viewing whenever. Play Movies & TV also allows for downloads on Chromebooks. But on devices like Android TV, that’s just not an available option, even though this seems like the perfect place for it.

And here’s why it makes sense to finally allow this.

1. Streaming caps are a problem.
If you find yourself streaming everything from your TV service to HBO, Netflix, and Google Play, while also gaming and generally using the hell out of your internet connection on the daily, you’re the type of person who might need to worry about monthly data usage. Since companies like Comcast are capping data at 1TB of usage in a month, while charging for overages beyond that, allowing the downloading of movies and shows would massively help keep heavy internet users under those caps.

2. 4K.
With TVs all moving to 4K and companies like Netflix and Amazon pushing more and more content in 4K, you’ve got a number of things to worry about. For one, 4K files are going to gobble up a whole lot more data than a 1080p file. Additionally, it takes a heck of an internet connection to be able to stream a crisp, stable 4K video, which isn’t something that everyone has. So if you allow for 4K files to be downloaded, you eliminate both of those things. After a 1-time download of a 4K file (I’ll take the 1-time data hit!), a person could then playback that 4K stream on their 4K TV without using additional data and without relying on what could be a poor internet connection.

3. Outages.
This sort of falls in line with a poor internet connection, but what if your internet goes out and you want to watch a movie or show? Without offline storage, you just can’t do it on a TV.

4. You paid for ’em.
As we’re pushed further and further into a digital world where physical copies of DVDs or Blurays are no longer necessary, we should have more control over the movies we buy digitally. For example, I just bought “Ferdinand” for my son on Google Play Movies, and the damn thing cost $20. That’s a digital version, not a physical disc! Yet even though I paid for the movie to own it for life, I can only ever watch it on my TV by streaming it.  That’s kind of messed up.

BONUS: I have a kid.
If you have kids who watch much television, then you know how they become addicted to one thing at a time and insist on watching it over and over and over again. It could be the new Cars movie or Justin Time or Frozen or Coraline or Tumbleleaf. Whatever it is, kids tend to want to re-watch the same stuff as many times in a row as they can. It’s why all of us parents know the lyrics to every Moana song.

I probably don’t even want to know how much of my 1TB data cap is used up each month from Transformers: Rescue Bots on repeat. Let me store these offline! If I know the movie or show that my kid is going to be into for a while, being able to store it locally will surely help with numbers 1, 2, and 3 above. And a happy kid means a happy parent and a happy household with a happy internet bill.

You might be wondering where you are going to store all these massive 4K files? NVIDIA’s SHIELD TV lets you attach external storage. You could hook up enough storage to a SHIELD TV to store a pretty decent movie and TV show collection (or at least a handful that you rotate through), that I’m sure Google and these content providers could find a way to encrypt or secure from the pirate bro down the street.

Speaking of security, I’m sure there are piracy concerns here. However, an Android TV box is an Android device and should run and store things similarly through apps to an Android phone or tablet, right? Same goes for a Chromebook. If these companies have found a way to securely and safely store on all of those, why not Android TV? Is it an industry thing that just isn’t approved of? Are content providers holding this back?

I don’t know, I just know that it’s probably time this feature be added. We live in a stream-heavy world these days and should be able to store our movie collections locally to be played back on bigger screens.