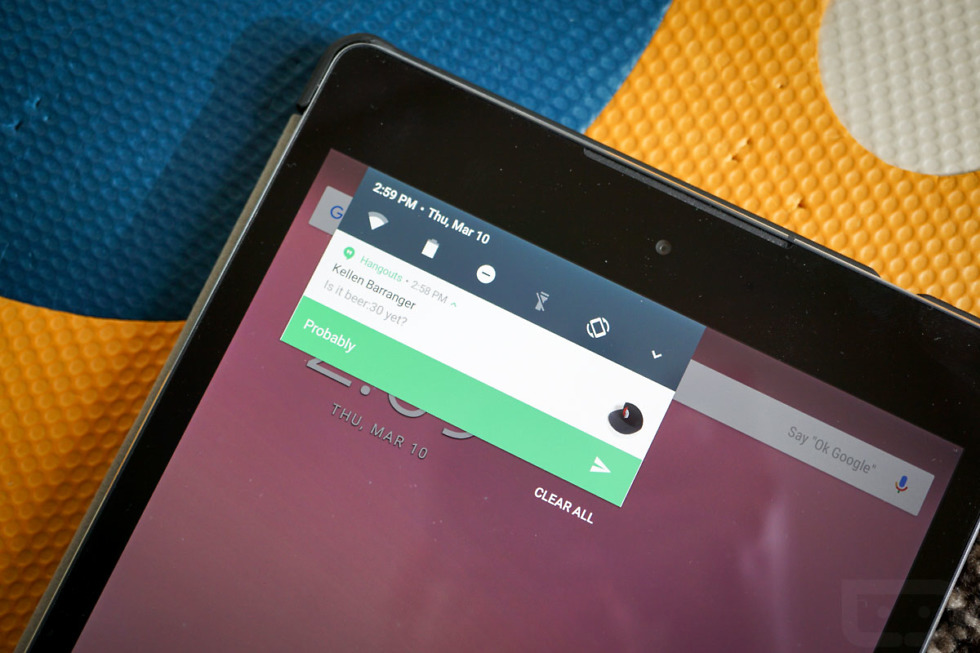 An update to Hangouts started rolling out last night on Android and has picked up steam today, bringing with it support for Android N’s inline notification responding. The update is v8.0, though we aren’t seeing much new on Marshmallow devices. It really seems like this update was pushed with Android N in mind.

If you are running the developer preview of N, installing this allows you to respond to Hangouts messages from within the notification shade. As you can see in the image above, a quick tap on “reply” within a notification opens a reply box and send button for quick messaging. During the entire reply, you are never taken from the notification shade. It’s super slick and you’ll want to give it a shot.

You can install via Google Play or sideload the apk that we collected.