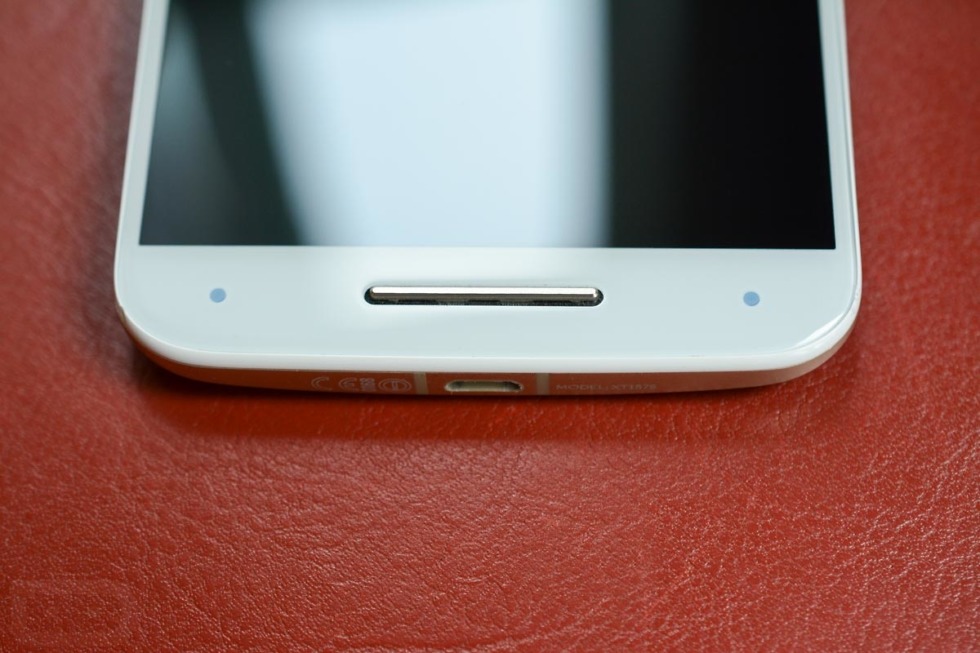 Those two little dots to the left and right of the Moto X Pure Edition’s front speaker are the reason I recently made a switch to it as my go-to device. As cliche as this is going to sound, sometimes it really is the little things that can sway a major decision and get someone like me, who will still tell you that the Nexus 6P is the best Android phone you can buy, to move away from it.

As many of you know, we have entered into this sort-of plateau period in smartphones, where just about everyone has a phone that you would be happy to own for a couple of years. However, choosing between them has become more difficult than ever because they are all so similar or all do all of the key things so well. When everyone has a really good phone, how do you choose the right phone for you? Well, sites like ours try to help by putting together lists like this one or spelling out 5 reasons to own the top devices. For me, it always ends up being the really little things that – many of which I figure out later on down the road – are the difference makers.

For example, as I just admitted, have switched to the Moto X Pure Edition for the time being. Why? Because of those two front dots on the lower end of the phone.

Those, in case you weren’t familiar, are IR sensors. They really only have a single purpose, as far as I can tell, and that’s to tell the phone’s screen to light up or not when something interrupts their current beam (such technical). That right there is reason enough for me to use this phone on the daily and wish that all other phones would adopt them. I already know that the phone’s camera is good enough and that the design is to my liking, as is the performance and overall Android experience. But with the IR sensors, I’m also getting one of those convenience features that makes a couple of things that I do more often in a day than any human should probably do, so easy to do. That’s the key here.

You see, throughout the day while sitting at my desk, I need to look at my phone and quickly check the time or see if I have notifications that need tending to. I also like to quickly check the time while running on the treadmill or when getting my son’s lunch ready or playing with his train set or to see if it really is 3AM just after my Persian cats have finished hacking up the latest fir ball in the middle of the night. We’re talking about a hands-free experience when checking the time or for notifications dozens and dozens of times per day. Thanks to these IR sensors, I get to do that with the wave of my hand.

I don’t have to pick-up my phone or press a button. All I have to do is wave my hand about five or six inches above that front portion where the two dots are and it lights up enough of the screen to tell me the time and if I have work to do. Wave. Time. Wave. Notifications. Wave. Back to sipping beer. Wave. Back to putting off cleaning up fir ball barf for a few hours.

From experience with the past two Moto X phones, the addition of these little sensors doesn’t seem to have had any substantial impact on battery life. Motorola tossed them in, likely in some sort of ultra-low power capacity to add to the functionality of Moto Display. The Moto X Pure Edition has solid battery life and that’s with these IR sensors completely activated with Moto Display.

Why hasn’t anyone else adopted them yet? I don’t know. Maybe they don’t realize the benefit here or maybe they don’t want to add-on any extra cost. We’ve talked about Moto Display ad nauseam, but maybe the rest of the world isn’t listening to our reasoning for loving it so. Google tried to emulate Moto Display a bit with their Ambient Display, except that after spending time with both Nexus phones and the Moto X line, it’s immediately apparent which take is the best. Ambient Display only works as a notification comes in or as you pick up the device. Well, in theory that’s how it works. The Nexus 6P’s Ambient Display almost never wakes properly when picked up. And Ambient Display has been a disaster when in pocket on every Nexus device I’ve used that has it enabled. You also can’t activate it with a wave.

EDIT:  As some have pointed out, the Galaxy Note 5 has its own take on this, but it’s buried deep in accessibility settings and you probably wouldn’t have known about it unless someone showed it to you. It’s called “Gesture wake up” and it functions in a way like Moto Display. When enabled, you have to wave over the top display sensors and it lights up the entire display. So it’s not a similar low power alternative, but it is an alternative if you own a Note 5.

EDIT 2:  The OnePlus X has this as well, along with Google’s Ambient Display. If you jump into Settings>Display, you should see an option for Proximity Wake and Ambient. Like the Note 5, the waving portion only works when waving over the top of the phone.

This wasn’t meant to be a post about my weird love for the Moto X Pure Edition because of a couple of dots, even though it sort of came out that way. The point I’m trying to make is that in a time where phones are all so similar and are having difficulty standing out from one another, it really can come down to the simple things. Some times, it may even take a while before you realize them. For me, checking notifications and the time is something I do over and over and over again in a day. With two little IR sensors on the bottom of this phone, that task is no longer much of a task and is instead a quick wave of the hand that then allows me to get back to enjoying more important things in life. That wave of the hand has been enough to get me to switch phones.