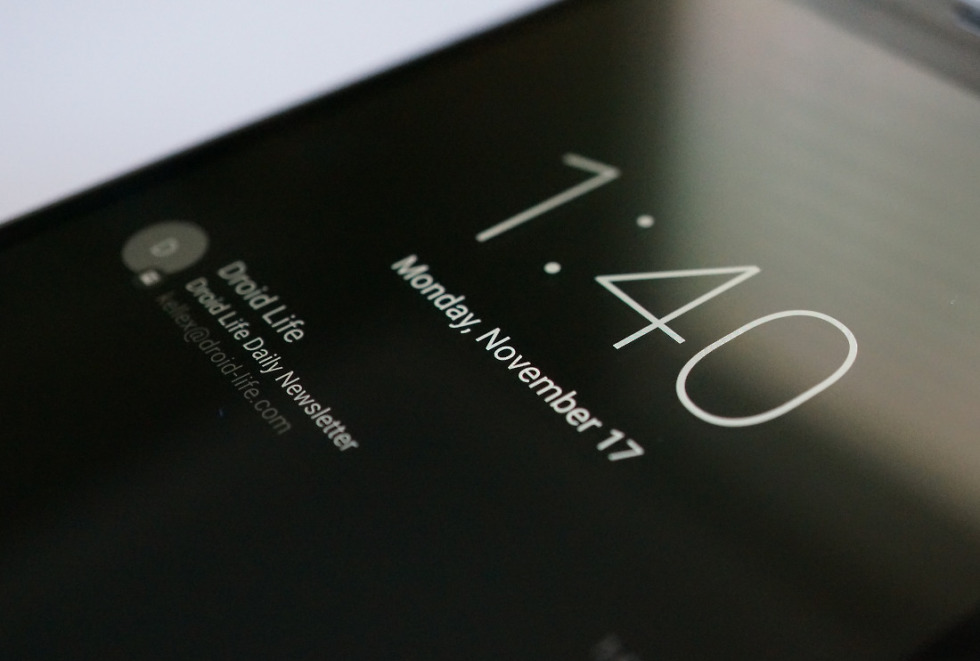 With Android 5.0 and the Nexus 6, Google introduced Ambient Display, a feature that acts a lot like Motorola’s Moto Display, only is less smart and feature packed. It’s cool, for the most part, and is certainly much more informative than an LED notification. But as we mentioned in our write-up of Ambient Display, this feature is new and needs improvement in order to be as amazing as Motorola’s effort. As it turns out, Ambient Display has one potentially fatal flaw we failed to mention during that initial write-up – unless you have a PIN, pattern, or password active, Ambient Display turns your phone into a pocket dialing, unintentional text messaging, app opening nightmare.

Ambient Display is listed in the Android 5.0 display settings menu as a feature that can “wake screen when device picked up or notifications arrive.” And of course, it does that. When notifications come in or you pick up your phone, the Nexus 6 will show you a black and white version of your lock screen, with clock and current notifications.

Where Ambient Display goes wrong is in the “notifications arrive” portion. You see, even if your phone is in your pocket, your display will light up with new notifications. It may even light up with subtle movement while also in your pocket. Starting to see how that can be bad? Depending on the pants you are wearing, an awake display could potentially be interacted with. And this is where the nightmare comes in.

In the three or so weeks I have been using a Nexus 6, I can’t even tell you the number of times that my phone has pocket dialed someone, attempted to video chat with people I typically wouldn’t even consider video chatting with, opened and cleared notifications that I probably needed to see, or even messaged someone without my permission. In fact, this morning, I could hear the Nexus 6 in my sweat pockets making all sorts of noise. As I pulled it out of my pocket, I realized that I was 3 seconds away from leaving Verizon PR an unintended voicemail. Nice, right?

What’s the fix? Well, since Ambient Display – when it isn’t pocket spamming contacts – is pretty awesome, I don’t want to turn it off, so I have been forced to use a PIN, pattern, or password. With these enabled, your pocket will at least be asked for extra credentials as it tries to unintentionally video chat with your mom while you hit up the club. If you choose to use Ambient Display (and you will want to), consider some added security.

Hopefully, Google works on fixes or improvements to Ambient Display in future releases to at least minimize the pocket activity. At least make Ambient Display much more aware of its surroundings (if possible). This is easily one of the best new features in Lollipop that I want to continue to use without worry.