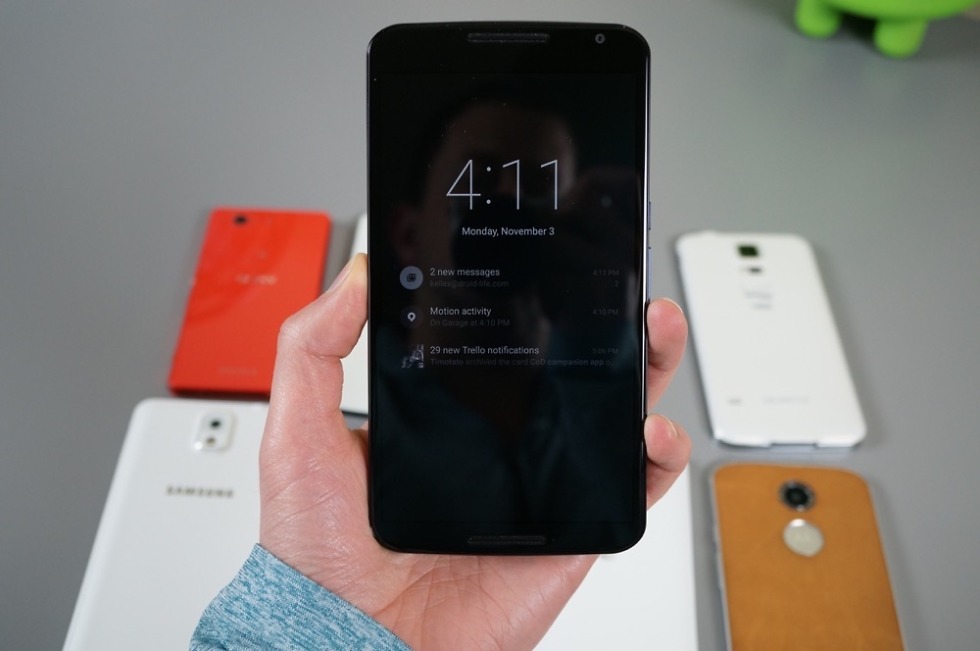 If you asked me to tell you what my favorite feature is from the Moto X line, I wouldn’t hesitate to say that Moto Display is it, without a doubt. To have your phone’s display light up with useful information as you pick it up, pull it out of a bag or pocket, or as it receives a notification is game-changing. Forget the LED light, we all need Moto Display in our lives.

So what happens to Moto Display when Google and Motorola partner up to deliver the next Nexus phone, the Nexus 6? You get Ambient Display, which is Google’s take on our favorite phone feature in years.

Google’s Ambient Display is similar to what Motorola has done with Moto Display, but in differs in a couple of good and bad ways. First (good), Ambient Display lights up whenever you pick it up off a desk or a new notification comes in. Unfortunately (bad), you can’t wave over the device to wake it, and it also isn’t likely to light up when pulled out of a bag or pocket. Motorola uses IR sensors in the front of their devices to get those last two things to happen, something Google hasn’t adopted with the Nexus 6, though I’m sure they could at some point.

Google’s Ambient Display does show information better (good) than Motorola’s effort, I would argue. Instead of lighting up notifications and the clock in a specialized format like you would see in Moto Display (somewhat bad), Google simply turns the Lollipop lock screen into a black and white format, with items in familiar places (good). So instead of the select notifications showing on Moto Display, with swipe gestures to either open or dismiss them (gestures that have to be learned), Google stacks as many notifications as you choose to show on the lock screen, along with the clock, but flips the color off until you interact with them.

Where Ambient Display gets really cool, is when you you pick it up and then touch a notification that you want to interact with. The display flips from black and white to full color and then lets you interact with it without having to lift a finger. With Moto Display, you get the feeling that a separate app has taken over your lock screen as a replacement. With Ambient Display, you have one lock screen that is simply dimmed to black and white, but has full interaction when needed. It’s awesome.

To see it in action, check out the video below.