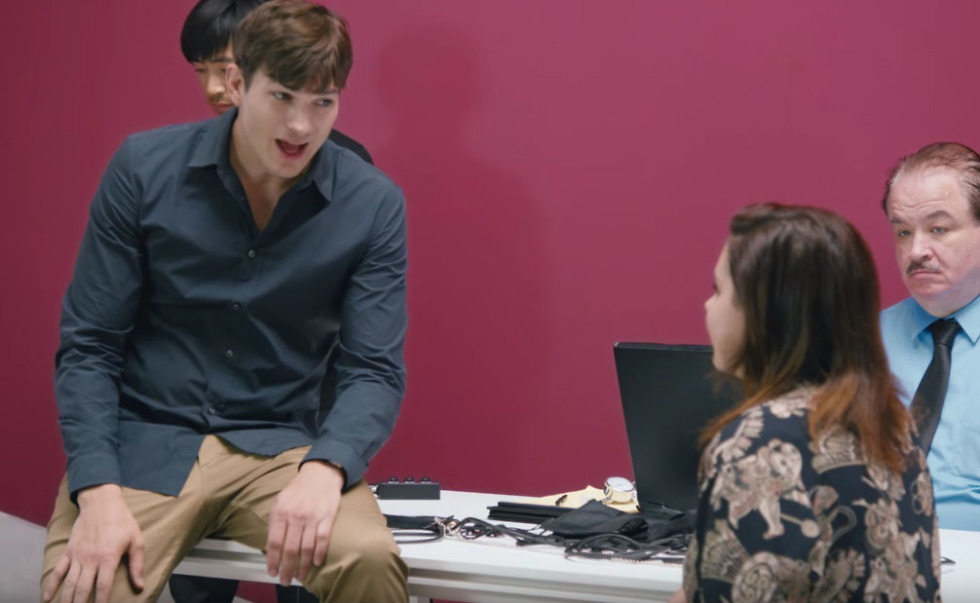 Uh oh, another celebrity has signed on to promote a well-known smartphone manufacturer. Did anyone show Ashton Kutcher the Robert Downey Jr. x HTC partnership before he signed up to be Motorola’s next face? No? Or maybe he didn’t care because there was a lot of cash involved? Whatever the case may be, best of luck, Ashton!

In a series of videos posted to Motorola’s YouTube channel this morning, we get to see the focus of a new marketing campaign that does indeed feature the actor best known for his work as Kelso or Demi Moore’s one-time other half or the guy who awkwardly replaced Charlie Sheen. The campaign is a “Would you rather?” over a bunch of topics that try to point out how in love/obsessed we are with our phones.

They ask people on the street things like, “Would you rather give up sex for a month or drop your phone?” or “Would you rather spend the holidays without your phone or your family?” They also go into an indoor, closed-door setting where they put people through some tests to decide how in love they are with phones.

Of course, some of the tests end up showing how fragile your phone is compared to ones that Motorola makes, like the DROID Turbo 2 (our review), and that dropping doesn’t have to be scary. Or they show hands-free features on the Moto X Pure Edition (our review). You get the idea.

But Ashton Kutcher, tho.