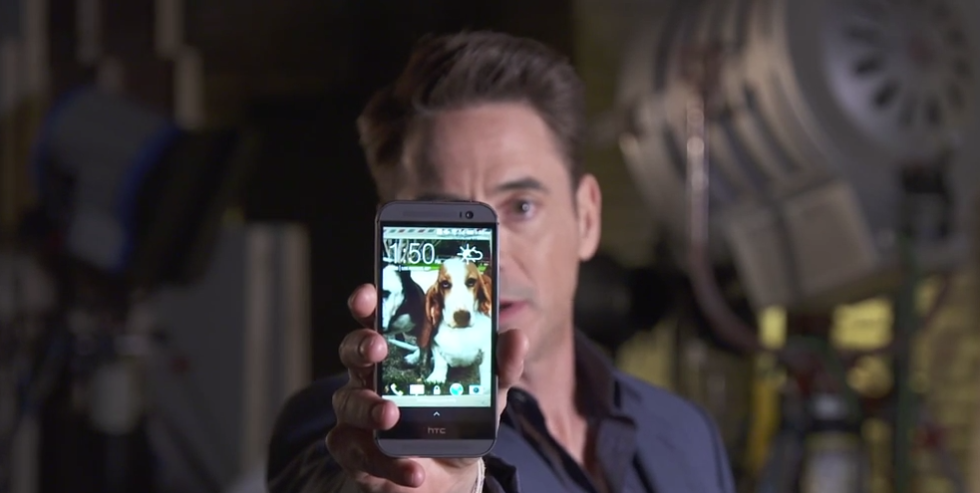 Last year, HTC decided that it wasn’t failing because of lackluster products, it was failing because no one knew who HTC was as a company. To try and fix that, they signed Robert Downey Jr. to a multi-million dollar 2-year deal, so that he could star in a $1 billion campaign called “Here’s to change.” The campaign focused on the letters “HTC” and what that stands for. You probably remember the commercial that featured a Hipster Troll Carwash and showed RDJ being told to Hold This Cat. Clever, right? Not so much.

Most would argue that the marketing campaign was a disaster that did little to create brand recognition for HTC or push their products. In fact, we haven’t seen Downey Jr. in an ad for the company in some seven months. Well, until today.

HTC uploaded a quick promo clip to its YouTube channel last night, starring the Iron Man lead. It’s not a commercial. It’s almost like HTC said to him, “We paid you all this cash, and we know that we failed, but you still owe us at least something for this year.” And this video was then born.

The clip features RDJ on what appears to be a movie set, followed by a quick dialogue on how he has an HTC One (M8) “pre-release sample” and won’t be sharing. He then urges you to go get one in his “serious” old English accent. It’s obvious that he means business and has been using the device regularly, you know, since he didn’t even bother to take off the IMEI and serial sticker from the back of the phone. Or HTC just handed him a brand new one out of the box for this quick clip before moving on.