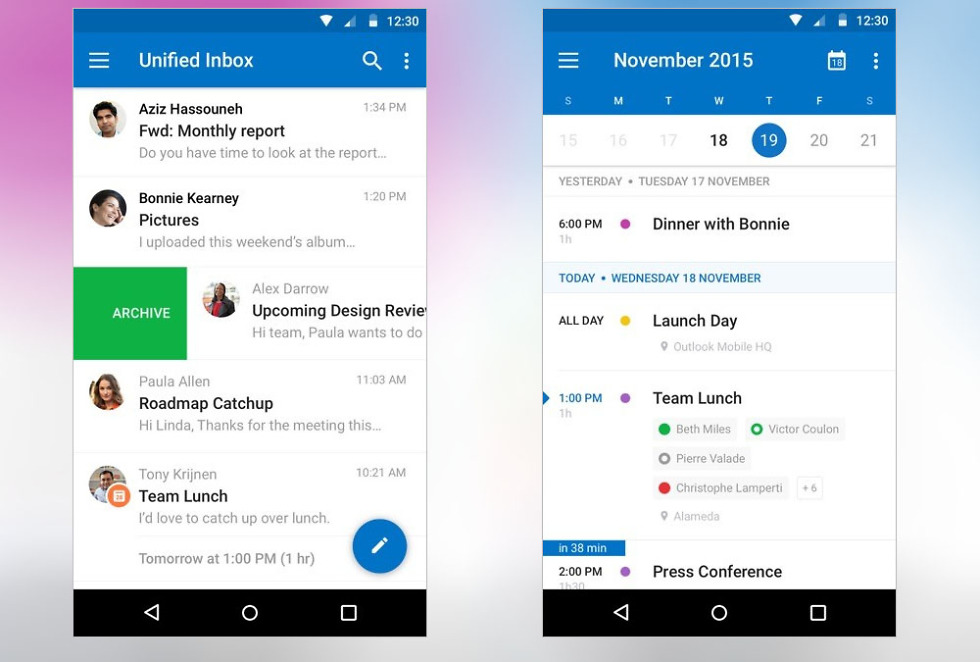 In mid-2014, a calendar app called Sunrise made its way to Android. I adopted it day 1 and have stuck with it ever since because, well, it’s awesome. It not only works with your Google calendars, but it integrates with a whole bunch of other stuff, like Asana tasks, Facebook events, SongKick concerts, your favorite sports teams’ schedules, and more. Seriously, even after Google made the stock Google Calendar all pretty last year, I couldn’t make it as seamlessly powerful as Sunrise and after a short 2-week cheat period, came running back to the third party calendar maker.

We have featured Sunrise in write-ups for our “This is My Android” series, called it a top app of 2014, and even mentioned it as one of the first 15 apps I install on every single new device. I don’t know that it’s the best calendar app available, but it is certainly up there and I can’t live without it. Unfortunately, I have no choice and will soon have to.

Remember when Microsoft bought them earlier this year? If not, just know that they did. At the time, they told us that Sunrise would remain and Microsoft would eventually share news on how they would build their technology into other Microsoft apps. That happens to be (at least in this situation) code for, “We are going to shut this f*cker down, eventually.”

And yep, Microsoft announced today that Sunrise is dead. Sunrise and all of its features will now be built into Outlook apps on iOS and Android, an email app that no one cares about. Unfair? Whatever. I’m mad that Sunrise is dying. I am. And so I’m taking it out on Outlook…OK I can’t do that. Outlook is actually a pretty sweet email app, assuming you can bring yourself to leave Gmail or Inbox (which you can’t), and integrating Sunrise is only going to make it that much better. But dammit, I want my stand-alone Sunrise. I do. Because I don’t want to use Outlook. MEH.

EDIT: I give up having fun in articles. I give up. Yes, folks, I am fully aware that Outlook is a legitimate email app. I even said so in the damn article. Actually, in the paragraph directly above, I said as much. This was me just fuming at Microsoft killing my favorite calendar app and then taking cheap jabs for fun at Outlook. Again, I give up.

In related news, Microsoft did announce that Outlook is getting a big Material Design update with redesigns for things like the header, message list, compose, People list, and contact details experiences. It starts rolling out in November.

As for the “When does Sunrise officially die?” question you are about to ask. The answer is simple – Sunrise apps will no longer receive updates going forward. Again, Sunrise is dead. MEH, again.